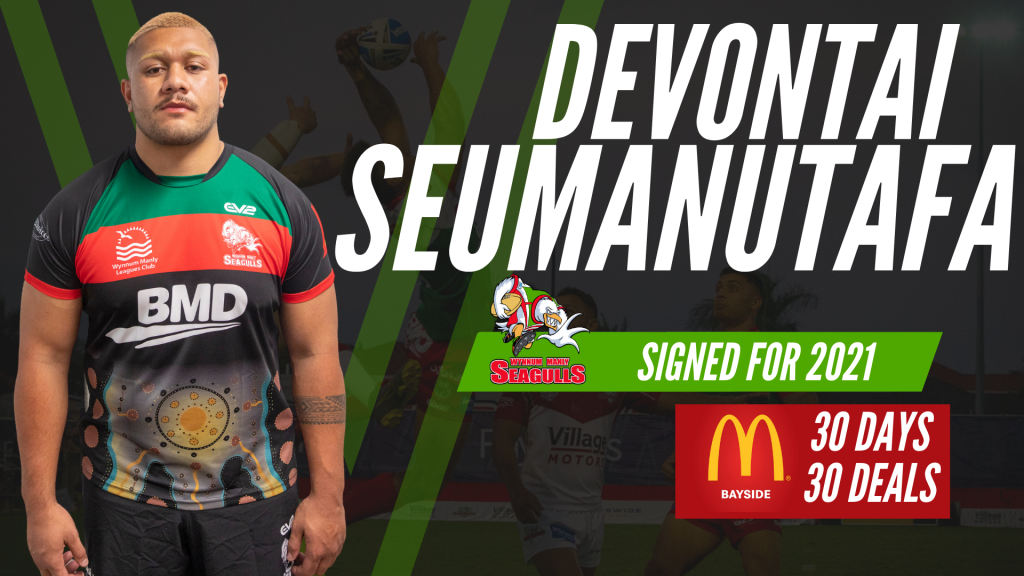 The BMD Wynnum Manly Seagulls are excited to announce the signing of Devontai Seumanutafa for the 2021 season.

The 20-year-old front rower joins the Seagulls after spending three years in the Canterbury-Bankstown Bulldogs system.

Weighing in at 135kg, Devontai has powerful leg speed and will be an asset to the Intrust Super Cup forward pack.

Download the mymacca’s app and head down to a McDonald’s Bayside restaurant to get today’s deal… 6 McNuggets for $2!