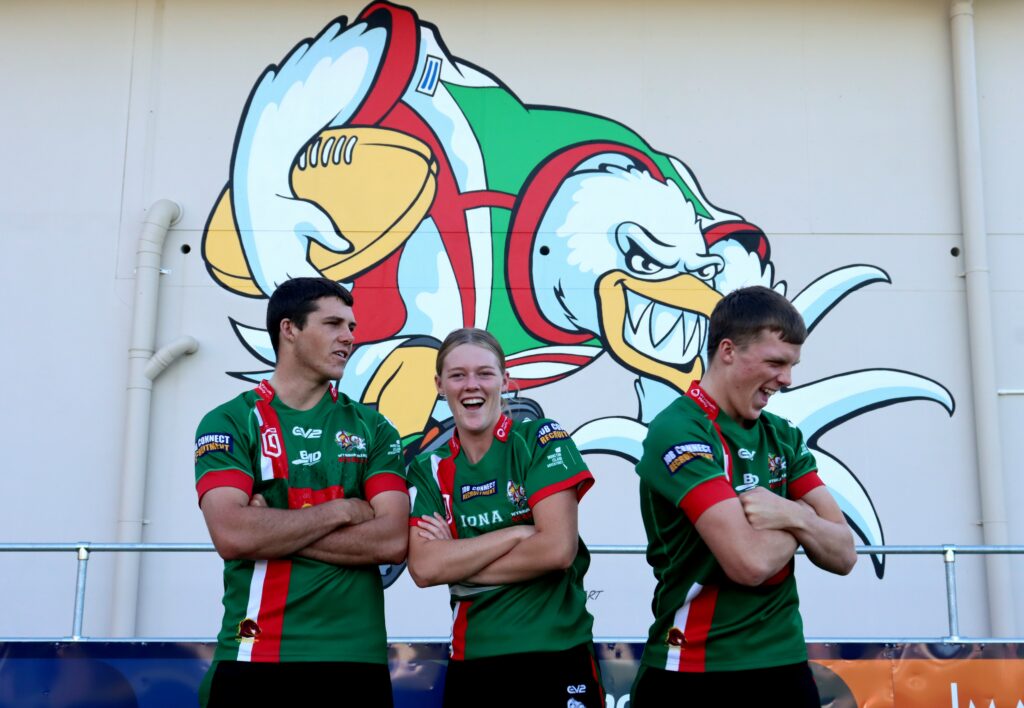 Last weekend saw a rare occurrence in that three siblings played in the same jersey number in three separate grades for the Seagulls.

Corey, Jayde and Zac Herdegen all wore the number 6 jersey for the Seagulls in their respective teams.

Corey, in the Hastings Deering Colts, made the trip to Townsville on Saturday to play against the Blackhawks in Round 1. Unfortunately, the Colts lost to Townsville in a rematch of the 2021 grand final, 38-24.

Jayde, who played for the McDonald Seagulls Academy Harvey Norman U19s team before moving up to the BMD Premiership team, was in everything on Saturday as the Seagulls went down in a thriller, 8-4 to the Central QLD Capras. Organising the team from five-eighth, Jayde was hurt multiple times but played the full game, directing most of the team’s attacking plays.

Zac, playing for the Cyril Connell Challenge U16s, went up against Norths in a rescheduled Round 1 match. The Seagulls were in front for most of the game, but a try in the final minute to Norths tied the final score at 26-26.

Mum, Brooke, travels to each game to take photos of her children (@herdo_photography).

The Herdegen siblings have, and will play a big role in the success of the individual teams throughout 2022.

We expect to see a lot more of the Herdegen name in the future, particularly with Jayde contracted to the Broncos at just 17 years of age.

Corey and Jayde have both been named at number 6 again this week for the Hastings Deering Colts and BMD Premiership respectively.

The Seagulls would like to thank McDonalds for their support of our academy program, which continues to produce high-quality players year after year.