The Colts continued their run of fine form last Saturday, beating the Burleigh Bears convincingly with a final score of 38-6. The win sees the Seagulls retain the top spot on the Hastings Deering Colts ladder, three points clear of east side rivals, the Brisbane Tigers.

The development of players across the Seagulls pathways is a key pillar of the club, proudly supported by McDonald’s as the naming rights partner of the Academy Program.

Seagulls Centre Germaine Bulsey earned himself the McDonald’s Player of the Match award in the game on Saturday, with an impressive effort on both sides of the ball.

Bulsey was a standout across the competition, also earning the Hastings Deering ‘Heavy Lifter’ award for Round 10. Check out his highlights here!

The Colts played a curtain raiser at Pinklands Sporting Complex as part of a community round for the club.

Bulsey opened up the scoring for the ‘home’ team in the 11th minute, busting through the line and showing his pace to beat the fullback and diver over the line. He crossed for his second six minutes later, showing his agility and quick reflexes to pounce on a deflected kick.

Bulsey made a number of crunching tackles to show his effectiveness in defence, and ran the ball well out of the backfield to earn his team good field position. He scored his third try early in the second half, to extend the Gulls 16-6 lead.

A clean team effort from the Seagulls helped hold the Bears to only a solitary try, running in seven themselves. Devontai Seumanutafa had the first points of the second half, with a try converted by Braden Whittaker who was five from seven on the day.

Ben Farr returned to the Colts side and made his mark on the game, scoring in the 67th minute. Jacob Sturt-Tobin and Caius Faatili capped off the scoring, with both players crossing in the final ten minutes.

The Colts take on the Western Mustangs on Sunday in Round 10, with Michael Dobson naming his updated squad of 17 ahead of the clash. The Seagulls Hastings Deering Colts will look to continue their impressive season as they take on Redcliffe in the curtain raiser this Saturday at 4pm.

The Round 11 fixture is a top of the table clash, with the Gulls sitting in first place with one loss and one draw, and the Dolphins close behind in third.

After a scheduled bye round and the postponement of their most recent game, the Gulls are eager to get back out on the field and face off against the Dolphins for the second time this season. When the clubs took the field for the first time in Round 2 earlier in 2021, the Seagulls scored 7 tries and came away with a strong win.

In their most recent match, the Colts took on the Tweed Seagulls for the first time since their pre-season trial. After being beaten fairly comprehensively in that trial, coaching staff were pleased to get a good win when the points counted in Round 9.

Braden Whittaker was the Gulls’ best in that game, and walked away with the McDonald’s Player of the Match Award.

The five-eighth steered the team effectively in attack on the day, and was defensively sound. The Gulls primary goal kicker, Whittaker also converted five conversions from five attempts.

Colts Head Coach Michael Dobson was pleased with the team’s ability to convert points on the day and impressed with a more complete performance than he had seen in recent weeks. “We ticked the effort areas a bit better against Tweed and met the KPIs that we set as a team”.

Despite losing the possession and kicking metres battle, the Gulls showed strong discipline and defensive intensity, limited their opposition to 12 points.

The Colts team has gone from strength to strength in 2021, in a boost to the credibility of the McDonalds Seagulls Academy Program. With a number of NRL call ups for players in the Seagulls Intrust Super Cup side this year, pathways continue to open for Colts players to earn opportunities to play at the next level.

This week, Alec MacDonald is set to make his ISC debut after impressing Academy staff and ISC Head Coach Adam Brideson throughout the year. The ongoing development of players remains a key pillar of the Gulls football program and the Club is grateful to McDonalds for proudly supporting the Seagulls Academy. 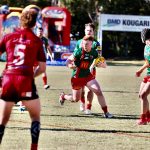 An intense Hastings Deering Colts match came down to the wire in Round 7 of the competition, with Wynnum and Mackay splitting the points in a draw. Coming away with a point keeps the Seagulls on top of the ladder, in another sign of strength for the McDonalds Seagulls Academy program.

END_OF_DOCUMENT_TOKEN_TO_BE_REPLACED 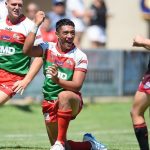 Teui “TC” Robati’s rise from aspiring school boy to NRL debutant is a success story for the McDonald’s Seagulls Academy.