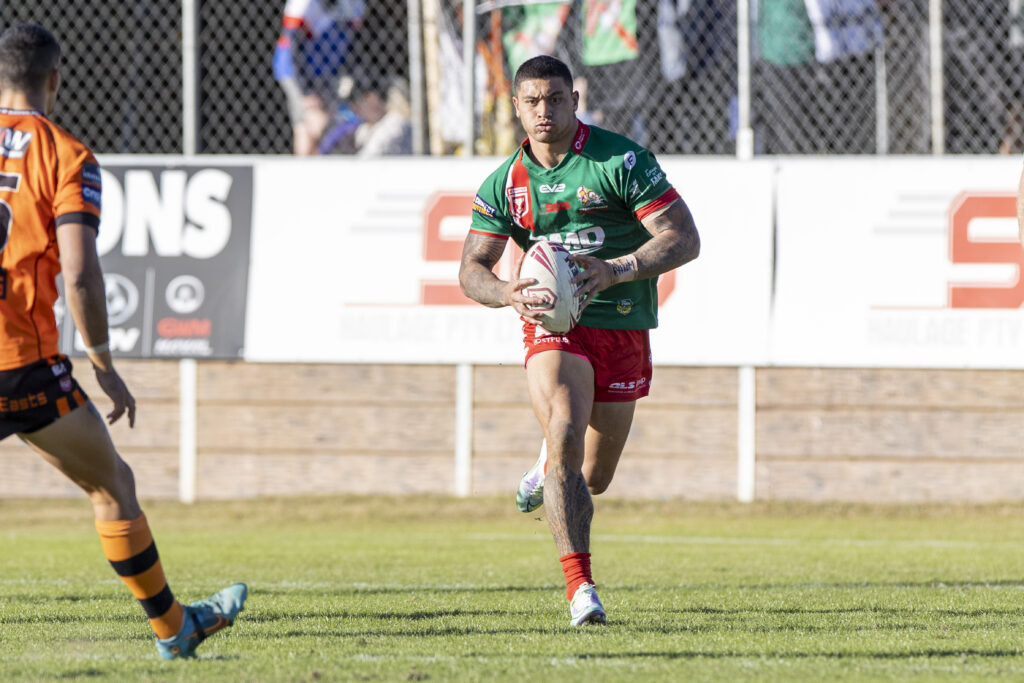 Wynnum Manly Seagulls didn’t have to travel too far to take part in their away game against the Brisbane Tigers in Round 11, with the match played at their home ground of BMD Kougari Oval.

The Wynnum Manly forwards in particular gave the Seagulls great ball movement and they made themselves at home deep in the Tigers territory. After a great run from Zac Hoskings, who bumped his way down the middle of the field, the Seagulls went left, attacking with width and precision.

Max Plath and Sam Scarlett gave their outside men space and this forced the Tigers to make decisions and when Falakiko Manu flicked it out for Sione Hopoate; Hopoate wiped his feet on the welcome mat and scored in the corner.

The next Wynnum Seagulls try would feature in a manual of how to score a good tryl with two great runs from Max Elliott and Luke Bateman giving their side time, space and eventually a try to Ben Farr flying through the middle in support.

The masterclass in forward play continued with Tristan Hope giving that width to Bateman who found space and scored next to the posts to record an astonishing fifth try this year in 10 games for Wynnum.

It was a perfect start at 16-0 for Wynnum Manly who were playing fast and direct and attacking with options everywhere.

The next Wynnum Manly try showcased speed not power or passing. Tigers youngster Jonah Pezet was on debut for the Tigers and put a kick up that was grabbed by Delouise Hoeter. Looming on his inside was David Mead who then had to run 70 metres to give the Seagulls all the running at 20-0.

At halftime, the Seagulls had only missed four tackles compared to the 18 from the Tigers and this resulted in four-line breaks as the Tigers kept putting themselves under pressure.

The Seagulls had out enthused and out played the Tigers after 40 minutes.

The Tigers heeded the message and started the second half ready to close the gap. They got the first try when the Tigers put it through the hands and stripped Wynnum Manly of numbers for Solomona Faataape score.

BJ Aufaga-Toomaga added two points and the Tigers were smiling.

However, that smile didn’t last long when the Seagulls saw space and took it, with Mead, who was fresh from his 70-metre scoring run in the first half, taking off down the right-hand side. He did his best Selwyn Cobbo impression with a nice kick infield for Hope to score for fourth week in a row. The prolific try scorer may be seeking to a move to the backs.

The Seagulls had seen enough and it experienced campaigners Sam Scarlett and Hoeter who combined to post another try when Scarlett kicked and Hoeter picked it up and ran to score try number 53 in the Hostplus Cup.

However, the Tigers got some ground back when Darren Nicholls hoisted a bomb for Faataape to score his second try.

It was Tiger time again when Tony Pellow got over the line after a penalty mid-field. The Tigers attacked right and with a switch of play back to Pellow, the fullback forced his way over the line with seven minutes to go.

Oliver Pascoe showed some fancy footwork for Brisbane Tigers and gave life to the his team’s effort when he took an inside pass and stepped his way over to complete the Tigers third try in 15 minutes.

However, that was how it ended with Wynnum Manly holding on 32-22.