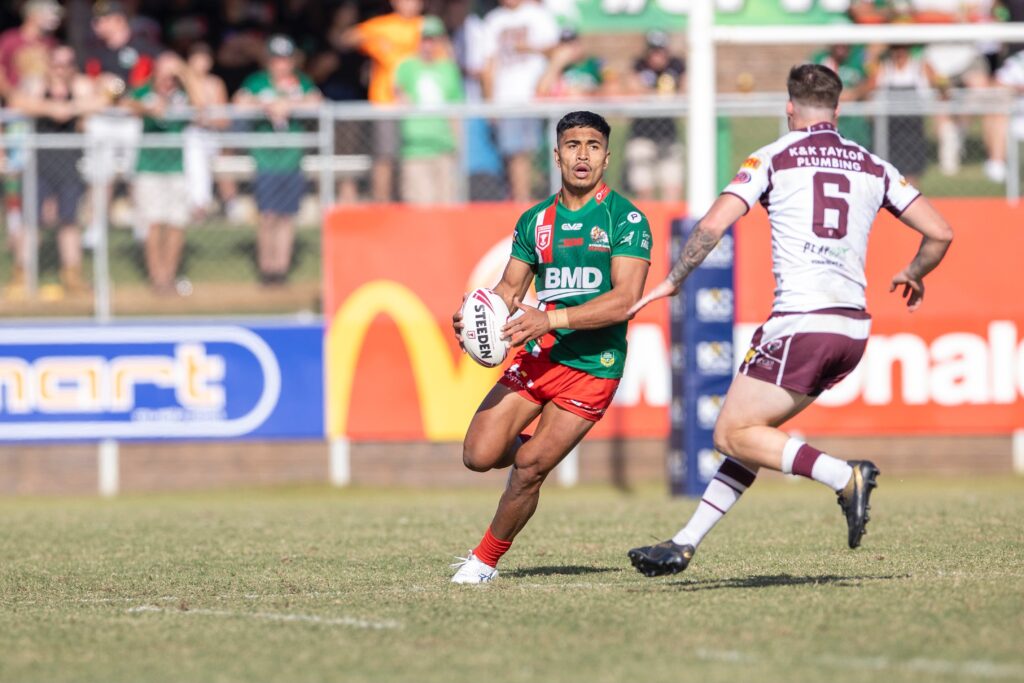 Mariner put on a try-scoring blitz on debut for Wynnum Manly Seagulls, however mistakes and discipline cost the boys from the bay dearly.

The first 15 minutes of the game were riddled with errors and penalties from both sides and it was obvious both teams were struggling to get into a rhythm in the first game of the year.

Defence was tough from both sides and the clash of bodies could be heard in the stands.

An Aaron Rockley penalty led to a Tony Francis try on the five-minute mark and Burleigh were up 4-0.

As the game settled, it became a back and forth battle until two tries in the space of five minutes, both a result of Wynnum Manly penalties, pushed the Bears out to a 14-point lead, causing the crowd in the stands and the Chook Pen to fall silent.

Fortunately for the Gulls, a Herman Ese’ese penalty led to a David Mead line break and the first of Mariner’s quartet of tries.

Just before halftime, Hastings Deering player of the match Mariner pounced on a Burleigh ball and sprinted over the line for a try against the run of play and the teams headed to the shed at 14-8 in favour of the visitors.

The Bears scored two tries in the first 15 mins of the second half to extend their lead to 24-8, with the Seagulls still unable to find their rhythm.

However, two Burleigh errors in two minutes shifted momentum and, with a scrum in centre-field, Mariner sliced through 3 Burleigh defenders and ran 50m to score in the right corner.

8 minutes later, Mariner took an intercept 15m out from his own line and ran the length of the field to score under the posts, making it 24-18 to the Bears.

The Seagulls were flying home with a wet sail, Burleigh were tiring quickly, and the Chook Pen was loving it.
Unfortunately, the Seagulls couldn’t turn this momentum into one final try to level the scores.

Burleigh consolidated the win in the final minute with a penalty goal to run out 26-18 victors over the Seagulls.

Both coaches said after the match that the commitment from their teams needed to improve significantly.

Despite the loss, Mariner’s incredible debut will be a talking point for years to come at Wynnum Manly.