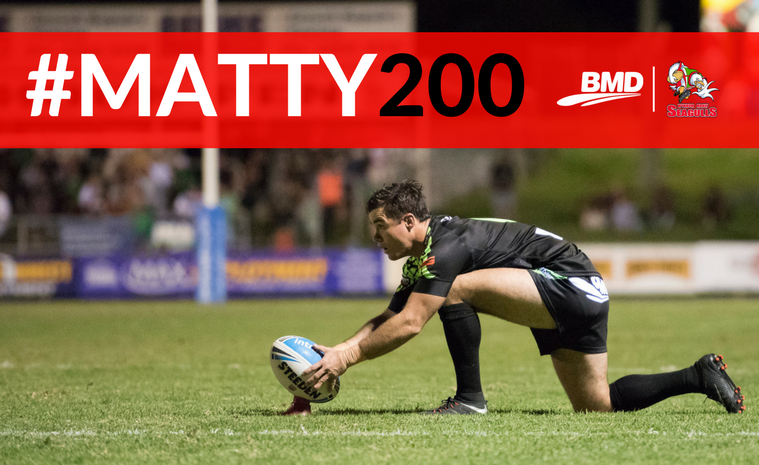 Seagulls half-back Mathew Seamark will bring up his 200th Intrust Super Cup game when Wynnum-Manly takes on the Sunshine Coast Falcons this Saturday night at BMD Kougari Oval, an Honour quite deserving of the modest 30 year-old.

“Ten years, long time ago now. I know at the start I didn’t play too many games as there were a lot of established players here.”

“It’s been a long time playing and to reach two hundred (games) is a big achievement and one that I’m proud of. I remember it being such a wonderful club and still is,” Seamark said.

Career highlights have been a plenty including lifting aloft back to back premierships trophies in 2011 and 2012.

“Obviously 2011 and 2012 was a great time at the club and obviously to win two (premierships) is awesome.”

The popular Seagulls stalwart other career highpoint was representing Wales at the 2013 World Cup.

“It was six and a half weeks on tour playing against different nations. What can I say; it was the best time of my life.”

One of his tour team-mates was a young St George -Illawarra Dragon by the name of Tyson Frizzell, now a NSW Origin and Australian test regular.

“He was only 19 or 20 years old when he played for Wales then. He’s come on in leaps and bounds now.”

Seamark returns to the No. 7 jersey after a neck injury put the pivot out of action for two weeks and sees Aaron Booth shift to five-Eighth with William Brimson dropping out of the side after injuring himself in Sunday’s 16-6 win over the Norths Devils.

Seamark returns to a Seagulls side that has won two in a row at home and wants to turn Kougari Oval into a fortress.

“Our performances at home haven’t been good enough, so we need to show our fans we can still win at home.”

“We just need to get ourselves in order and the rest will look after itself.”