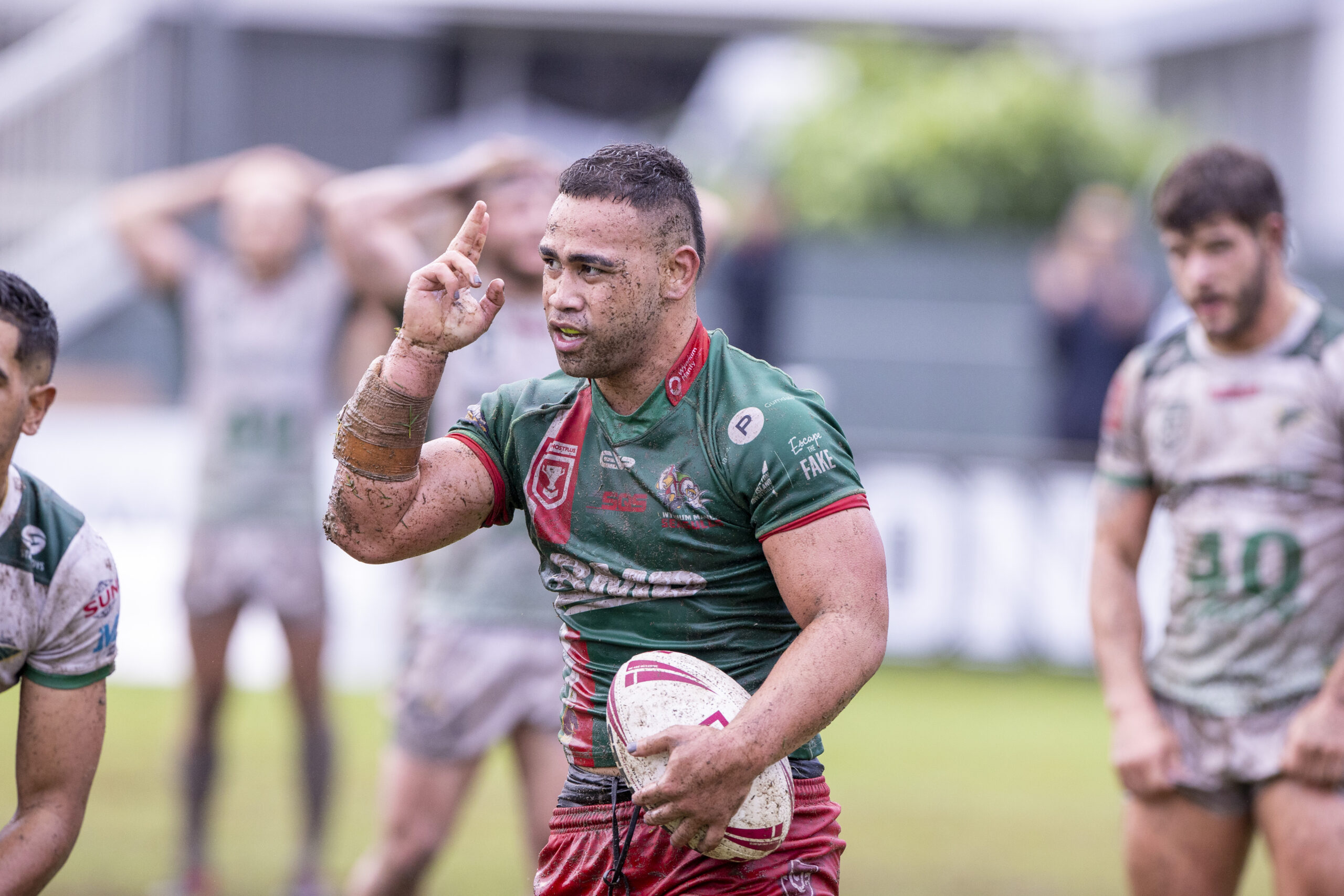 Words and photos by Jim O’Reilly

“We should play in the wet every weekend!” a spectator yelled from The Chook Pen after Wynnum Manly Seagulls ran over the top of the Ipswich Jets at BMD Kougari Oval in Round 8 of the Hostplus Cup.

To be fair, the Jets played better then the score suggests with some solid hit-ups and defence and a well-deserved try to Ratu Rotavisoro after some good build up work toward the 30-minute mark.

But the Seagulls came out ready for business.

The forwards with Brisbane Broncos TC Robati and Jake Turpin did all the work in gaining metres up the middle and standout work by Luke Bateman, Matiu Love-Henry and Zac Hosking kept turning the Jets around.

However, it was interchange forward Kalolo Saitaua who was arguably the best forward on ground scoring three tries in a bone-crunching display.  He scored in the 34th, 60th and 66th minutes and was a superb in defence too.

Saitaua is having a standout year and when spoken to a couple of weeks ago about what he thinks is making the difference, he shared missing most of last year with injury, has just made him hungrier to repay the club for their support.

Sam Scarlett continues to lead from the front as club captain and his kicking game was on point today as he marshalled his troops around the field; his hard work rewarded with his own try in the 22nd minute.

What was most notable with this Seagulls performance compared to earlier rounds was how the side got around and supported each other on the field…. running in from everywhere to congratulate big tackles, opposition spilt ball, and of course tries.

The icing on the cake tries came in the 71st and 77th minute to returning players Tristan Hope and Max Elliott, who joined the side from playing BRL last week.

The song was sung loud and proud in the sheds after the game and this win is a much needed morale boost for the boys.

Wynnum Manly head to Mackay to face the Cutters in Round 9 on Friday 20 May.