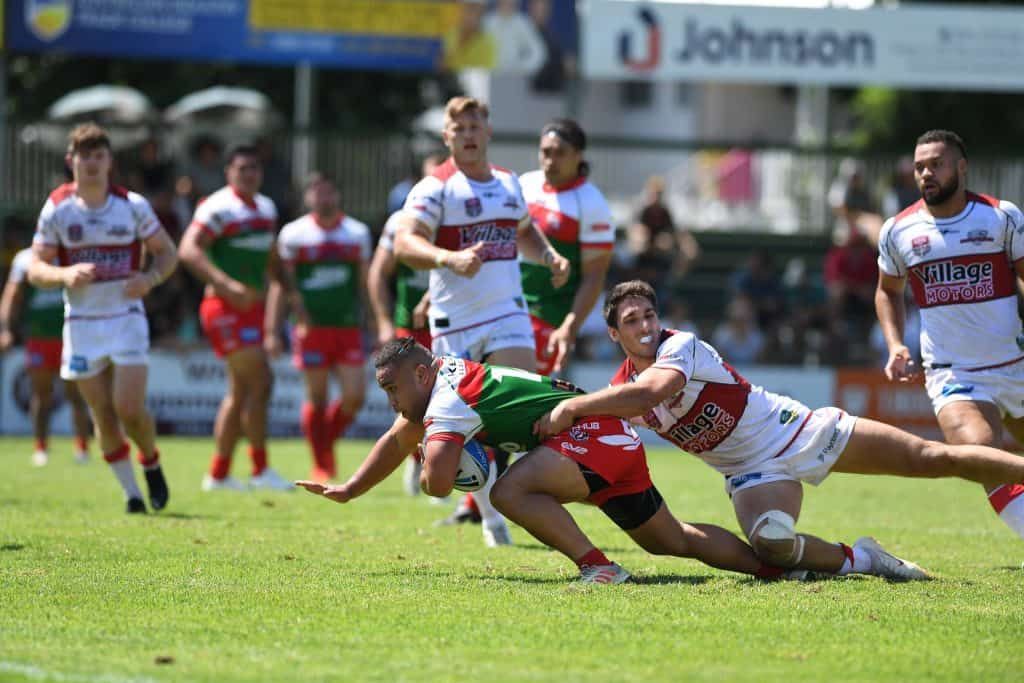 This game was the 50th club match against each other and last year’s premiers the Dolphins were desperate to get on the board for the 2019 season after suffering two losses to the Pride and Falcons.

The Seagulls came into this match off the back of a strong win against the Capras.

If the heat wasn’t enough for the Seagulls to deal with, they had to come from behind early in this game as the Dolphins crossed in the 13th minute, after some crafty scrum base work saw centre Aaron Whitchurch cross the line for the 1st try of the afternoon.

Jayden Nikorima made his club debut for the Dolphins after coming in as a late inclusion to the side, it would be his first game since 2017 and he didn’t look out of place with some classy touches early on.

Although the Seagulls attack looked slick in the early exchanges, they struggled with the finishing touches to get over the strip.

After 28 tackles in the opposition 20, the Seagulls finally got on the board and it was captain Mitchell Cronin, and Hastings Deering’s Man of the Match award winner, providing a sublime ball for Kalolo Saitaua to go over untouched.

In hot conditions, the Seagulls went into halftime with a slim 6-4 lead.

It didn’t take long for the Seagulls to strike again in the second half; Cronin this time took it upon himself to score. It came after a quick play-the-ball and the elusive hooker raced 10m and scored under the posts.

The Seagulls had all the running and after eight consecutive penalties, Junior Pauga continued his perfect afternoon with the boot, adding two extra points to the tally to take the Seagulls out to a 14-4 lead with 28 minutes to go in the game.

Saitaua looked to have secured his double before it was referred to the video referee who found he had fumbled the ball over the line.

The Dolphins needed something as the Seagulls had all the running.

Finally, the run of penalties to the Seagulls was halted and the Dolphins had their own. Off the back of that penalty, the visitors spread the ball to the right and second rower Scott Schulte put winger Jeremy Hawkins through a gaping hole to score and bring the Dolphins back into the game.

Bryce Donovan made no mistake with the conversion and the score was 14 -10 with a quarter of the game to go.

Seagulls coach Adam Brideson was urging his troops for more intensity as this game looked like it will go down to the wire.

The Dolphins were on the front foot and taking a stranglehold of the game – however, the momentum turned again when Harrison Smith kicked the ball looking for his winger, but instead it was star Seagulls recruit Edene Gebbie who popped up first and pounced to give the Seagulls faithful plenty to cheer about as he raced 80m to score in front of the Chook Pen.

With nine minutes to go, the Seagulls led 18-10 and had the game secured.

The Seagulls handed the the reigning premiers their third straight loss to start the season and in the process marked themselves as a team to beat in 2019.

The win for the Seagulls was made sweeter as they headed upstairs to share the victory song with more than 200 former players.

Past players from across Brisbane were happy to celebrate their reunion with the present players after a tough win. 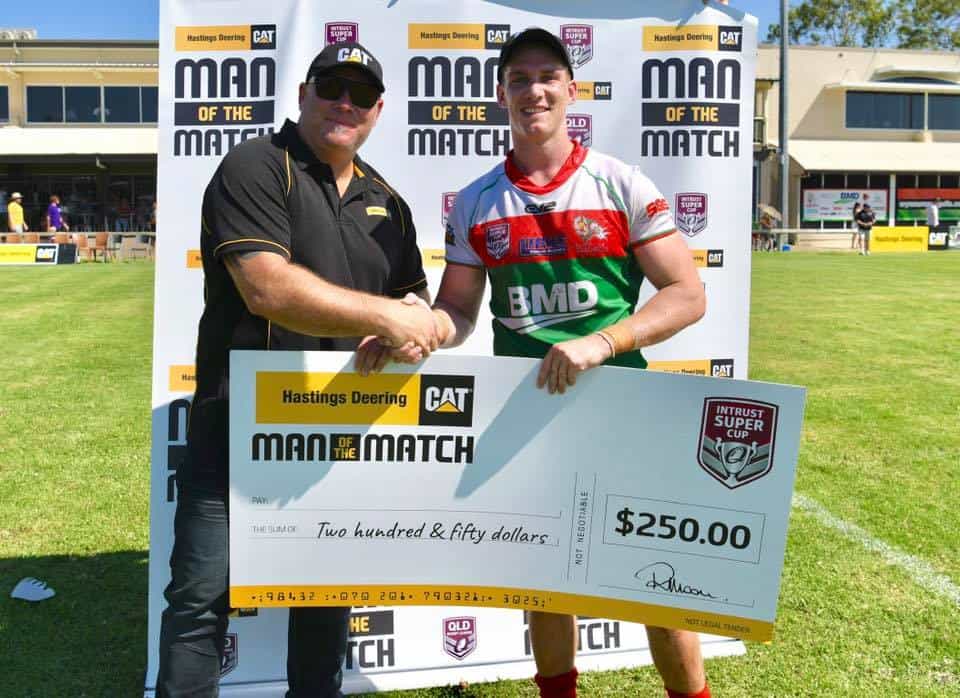