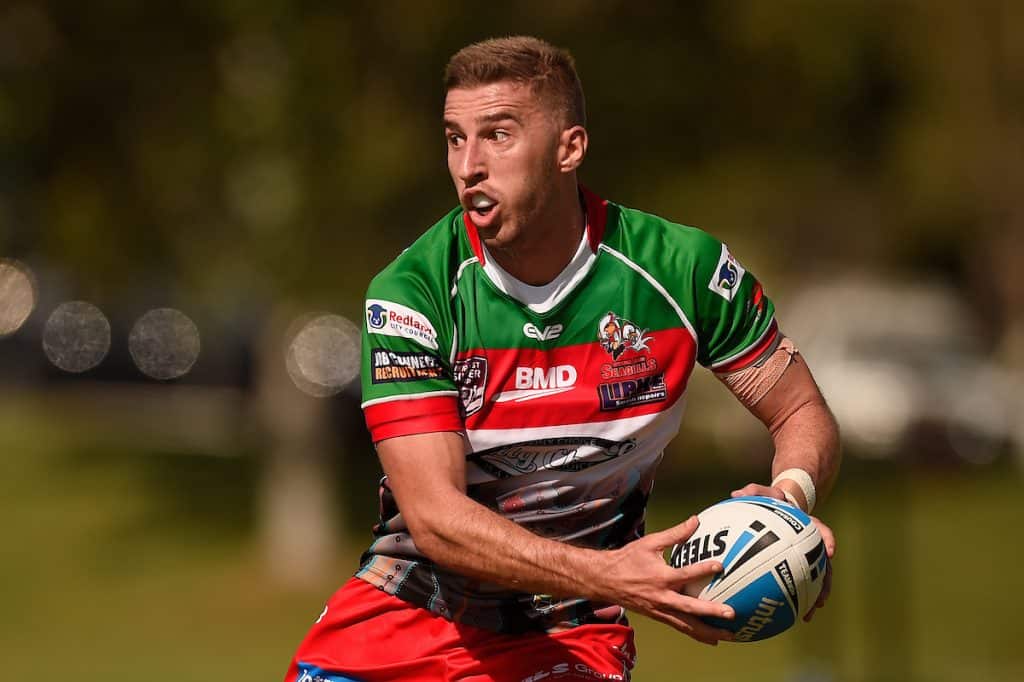 A thrilling Linc Port inspired second half comeback fell just short for the Souths Logan Magpies who were defeated by the Wynnum Manly Seagulls 34-22 in their Indigenous Recognition game at Stradbroke Island’s Ron Stark Oval.

It was that old rugby league cliché of a game of two halves as the Wynnum Manly Seagulls were near flawless in the first half to set up the win; with the Magpies struggling to contain their many weapons.

However, Souths Logan were a different team in the second half with forwards Patrick Mago and the experienced NRL duo Sam Tagataese and Shaun Fensom stepping up after a quite first half to allow their backs to shine.

The speed and footwork of Port got the Magpies fans up on their feet as he helped set up tries for side and scored one on his own.

Starting the game on the wing, he switched during the game to his preferred position of fullback and nearly helped his side to an upset.

While the second half showing from the Magpies made it an exciting game to watch – the performance of the Seagulls in the first half effectively shut it down as a contest.

Hastings Deering man of the match Sam Scarlett was joined in the halves this week by Pat Templeman in his first game of the Intrust Super Cup after making his way back to the field via the BRL A Grade competition in recent weeks.

While there were a few errors from both sides early on; but the Gulls – and in particular, Scarlett –were in top gear from the get-go. After running down Matt Soper-Lawler who had made a break for the Magpies at one end of the field, the halfback set up his side’s opening try down the other only moments later.

A nice inside ball to a charging Alex Barr got the Gulls on the board in the fourth minute and he was in for a try of his only four minutes later after a nice exchange of passing with his centre Delouise Hoeter.

Matiu Love Henry made it three tries within the space of 10 minutes when he crashed over; and Templeman’s conversion had the Gulls out to an 18-0 lead at the 20-minute mark.

It was all one-way traffic in the first half; with Wynnum Manly crossing for two more tries to end the half – an acrobatic effort from winger Ed Burns in the 29th minute and one to Jayden Berrell, again set up by Scarlett, in the 39th minute for an unscalable 28-0 lead.

In the second half; the Magpies opened the score in the 45th minute when Burns crossed after some great lead-up work from young Broncos-contracted centre Tesi Niu off the back of a Manaiah Cherrington run.

They backed that up with a steady flow tries to have Gulls fans worried; with firstly Niu (following a Port break), then Alex Bishop from dummy half and then Port himself all crossing to see the Magpies trailing 28-22 in the 67th minute.

However, some strong defence from Love Henry saw his side get the ball back in good position and he was rewarded for his good play soon after by picking up his double in the 72nd minute to put Wynnum Manly hearts at ease.

Next weekend, the Seagulls will host the Easts Tigers in what is set to be a great showdown against a team travelling well.