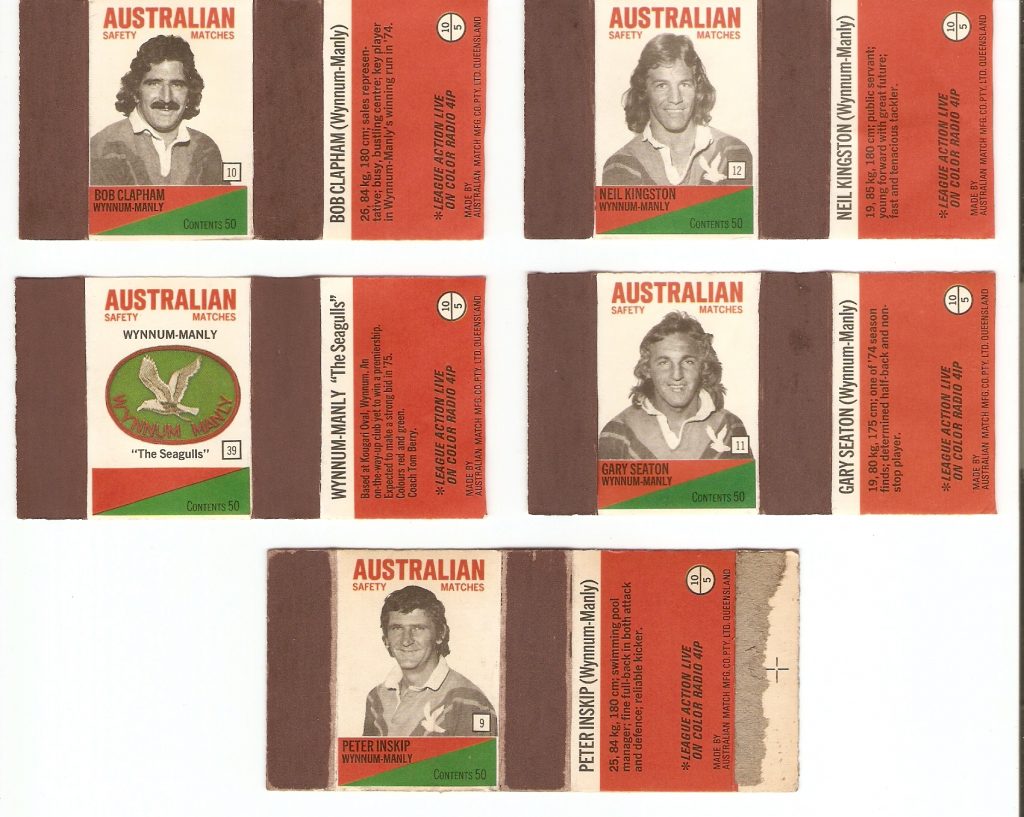 Local Brisbane Rugby League in 1975 had one of their greatest promotions with the distribution of 20 million matchboxes across the state of Queensland.  The matchboxes showed the top BRL players of 1975, club insignias plus all the relevant details.

They were a product of Australian Match Manufacturing and were a unique project in Queensland for the first time a sport had been projected in mass distribution through matchbox cover designs.

This huge commercial project had an amusing origin.  Frank Train, a well-known Rugby League identity of that time was chopping down a tree on his property, when he remarked to Australian Match Manufacturing Chief Mr. John Christensen that the wood would be right for matchsticks.  Mr. Christensen replied that it was the wrong type of timber.  However the session was not to be wasted one, for Frank suggested that the matchboxes could be a help in boosting Rugby League – and John agreed.  John got in touch with BRL Management Committee Chairman, Mr. Arthur Sparks who thought it was a fine idea.

There were 42 matchboxes in the set represented by 8 Club Insignias, 32 Players (4 each club), the Kirks Cup and BRL emblems.  The five Wynnum Manly matches were Gary Seaton, Bob Clapham, Neil Kingston, Peter Inskip and the Club Insignia.