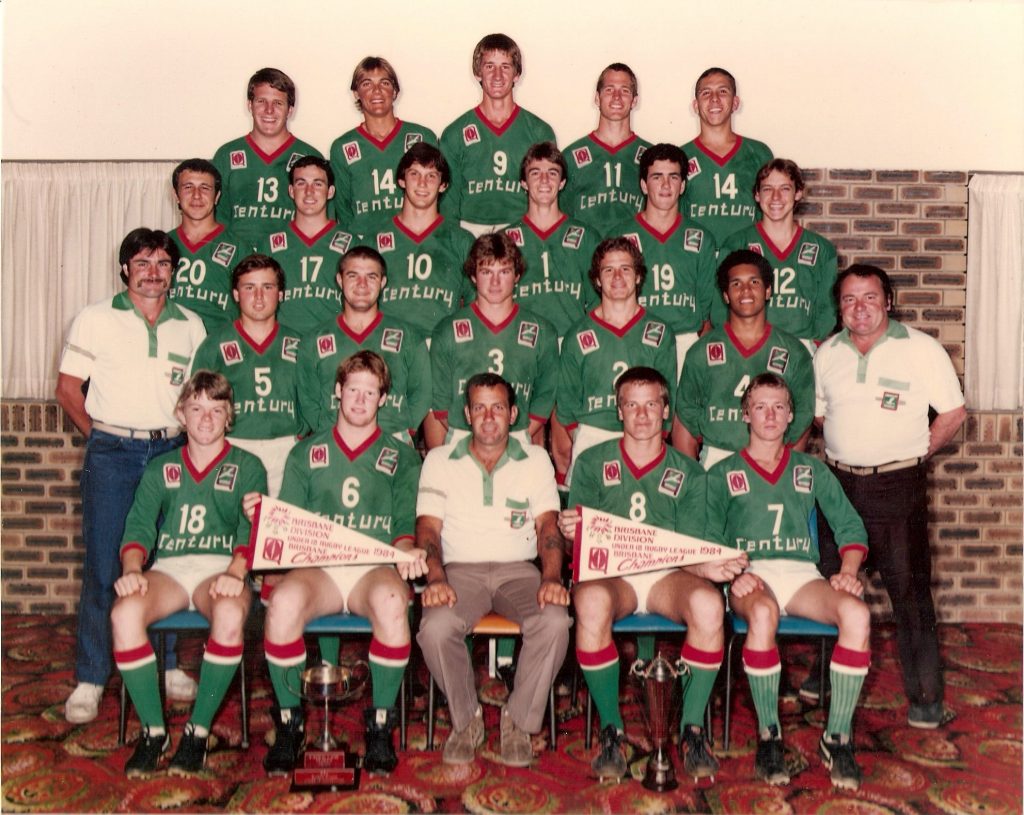 Wynnum-Manly under 18s, finished too strong for Brothers to take the Pacific Land rugby league trophy in the grand final at Lang Park on Saturday.  Two converted tries in the second half gave the Seagulls an easy 24-10 win.

Brothers opened the scoring in the first three minutes of the match, it came after a bomb.  This was followed by a penalty goal by Peter Sinclair to make the score 4-2. Seagulls’ first try was scored in the 25th minute after five-eighth Peter Sinclair cleverly switched play 10 metres out.  Sinclair passed the ball to Craig Adams who powered his way past four Brothers’ players to score.  The half-time score was 8-4 in favour of the Gulls.

Wynnum-Manly were the first to put points on the board in the second half. The points came after second rower Steve Taylor opened up Brothers’ defence 30 metres out. Taylor passed to Lance Belford who scored in the corner.

Brothers gave their supporters a glimmer of hope when they surged  hack with a try under the posts. They converted the try to make the score 12-10.  That try secured to be the signal for Seagulls to move into top gear. Seagulls scored two quick tries in the 62nd and 66th minutes.

The first was scored by Peter Sinclair from about 12 metres out and the second by fullback Darren Scott after good lead-up work by centre Mark Jones.

The win topped off a good season for Seagulls’ coach Graham Smith. Seagulls’ under 18’s won the minor premiership, the special pre-season competition as well as the Chairman’s Trophy and premiership.

Peter Sinclair (captain) and Peter Jones (vice-captain) spoke highly of the under 18 players.  They said the players did everything asked of them when called upon. “The team hated losing,” Peter Sinclair said. “Valleys were always a hard side because they played a similar style to us,” he said.  Both are looking forward to playing, with Wynnum-Manly teams next season.

The team comprises Wynnum-Manly. Redlands and Cannon Hill youngsters.” Peter Jones said. “Most of us are happy to remain in the district to boost Seagulls’ ranks,” he said.

Article compliments of The Wynnum Herald 1984