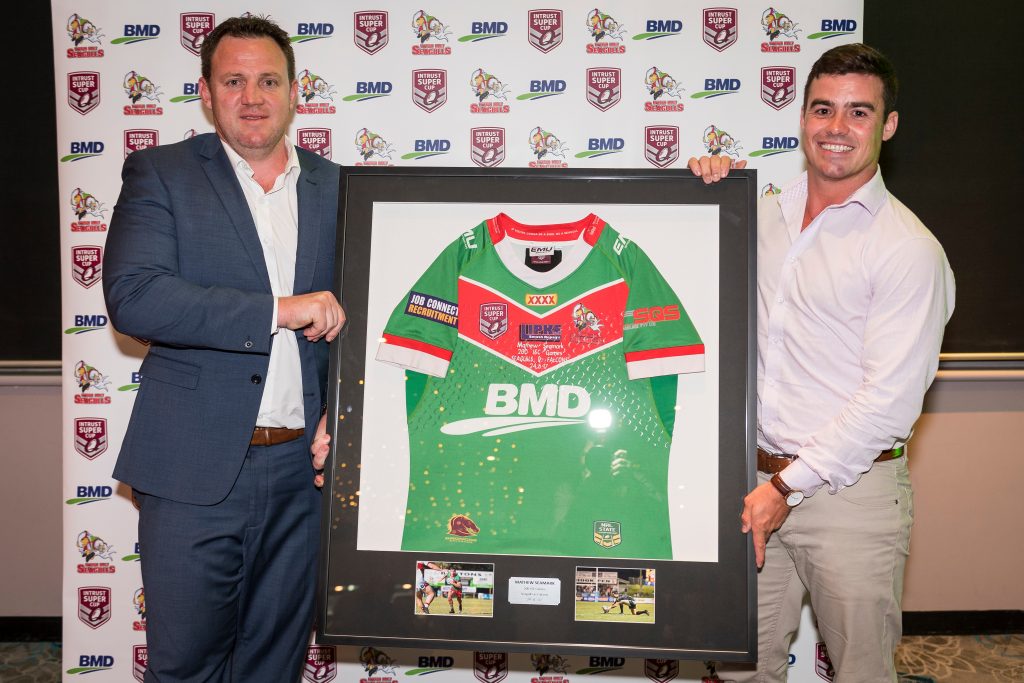 Wynnum Manly Seagulls utility Jayden Berrell joined an illustrious list of former greats when he took out the Wynnum Manly Leagues Club – ISC Player of the Year award at the Seagulls Awards night. The former Junior Kangaroo, who was unable to attend the evening was a constant performer and worthy winner of the award in a side that struggled with injuries throughout 2017.

The night also was a chance for the Seagulls to bid farewell to outgoing club great Matt Seamark who brought up his 200th ISC match during the season. Seamark who announced his retirement on the night, has been selected for Wales for the upcoming World Cup was a member of the Baysider’s back to back Intrust Super Cup Premiership sides in 2011 and 2012 and is also the highest goal scorer in ISC history.

Other highlights from the evening included Seagulls stalwart John Te Reo being recognised for reaching his 200 ISC match in 2017 and Fullback Daniel Ogden scored try 136 to become the all-time leading Try scorer in ISC history.

Wynnum Manly Seagulls Chairman Rick Green was honoured with Life Membership of the club and former Maroons and Kangaroos representative Chris McKenna was farewelled on the evening for his tireless work over the last 7 years as Academy and Development Officer.