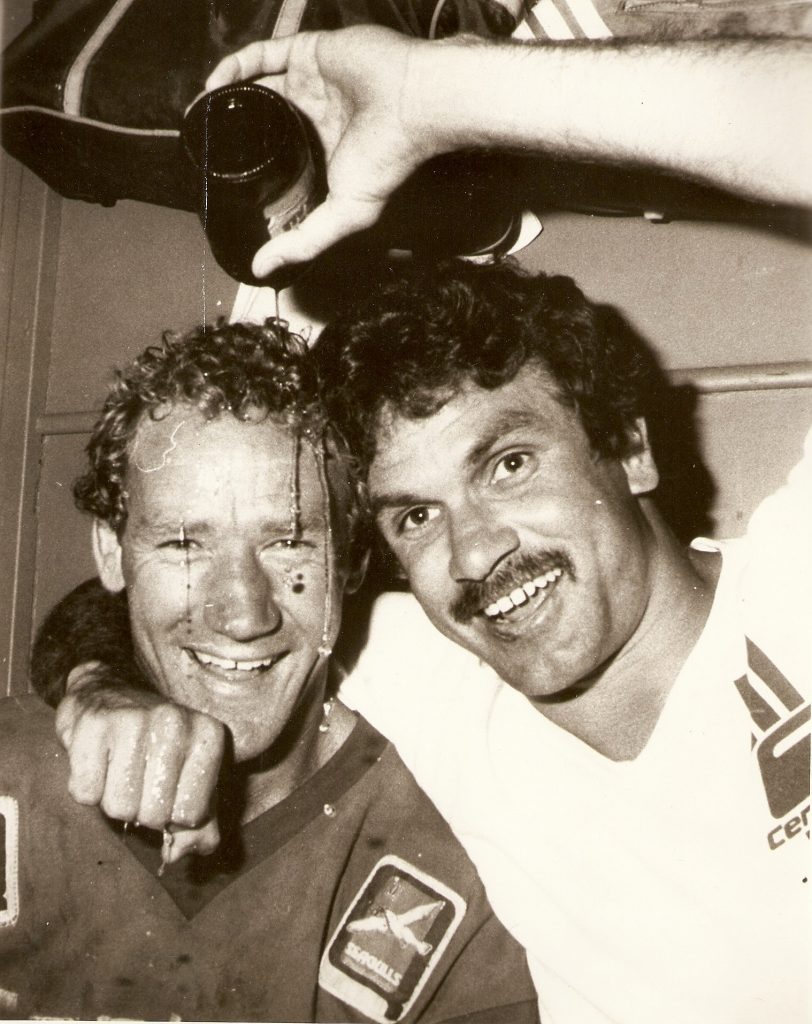 “I couldn’t have done it better. He was my man of the match.”  So said former Test fullback Colin Scott of Brian Walsh’s performance in Wynnum-Manly’s 42-8 demolition of Souths in yesterday’s Winfield Cup grand final.

Scott was unavailable for the final because of a three match suspension and Walsh, because of his inexperience as a fullback, was regarded as a risk in the Seagulls’ line-up.

But the versatile little veteran did everything asked of him and more as the Seagulls made their claim to being one of Brisbane’s best post-War teams.  He won the TVO man of the match award for the second time in successive grand finals.

In 1982 he won the television award for his skilful performance at five-eighth in the Seagulls’ first Premiership win, again over Souths.  Coach Des Morris was elated with the team performance yesterday, but singled out Walsh far special praise.  “He excelled himself,” Morris said.

Walsh himself was typically modest. “I think Scotty could have made more of a couple of opportunities to come into the backline;” be said.  Now 30, Walsh will leave a decision on next year until Christmas. “I’ll know by then if I am ready for the hard grind of training in the January heat,” he said.

Another Wynnum stalwart Wayne Bullock announced his retirement after the match.  Bullock, 30, said after eight seasons with Wynnum it was time to call it quits.  He joined Wynnum from Coilinsville in 1976 and the only other club he has played with since is Bradford Northern in England.  A skilful ball player he replaced Mal Green for the last 10 minutes of yesterday’s game.

Compliments of the Wynnum Herald 1984