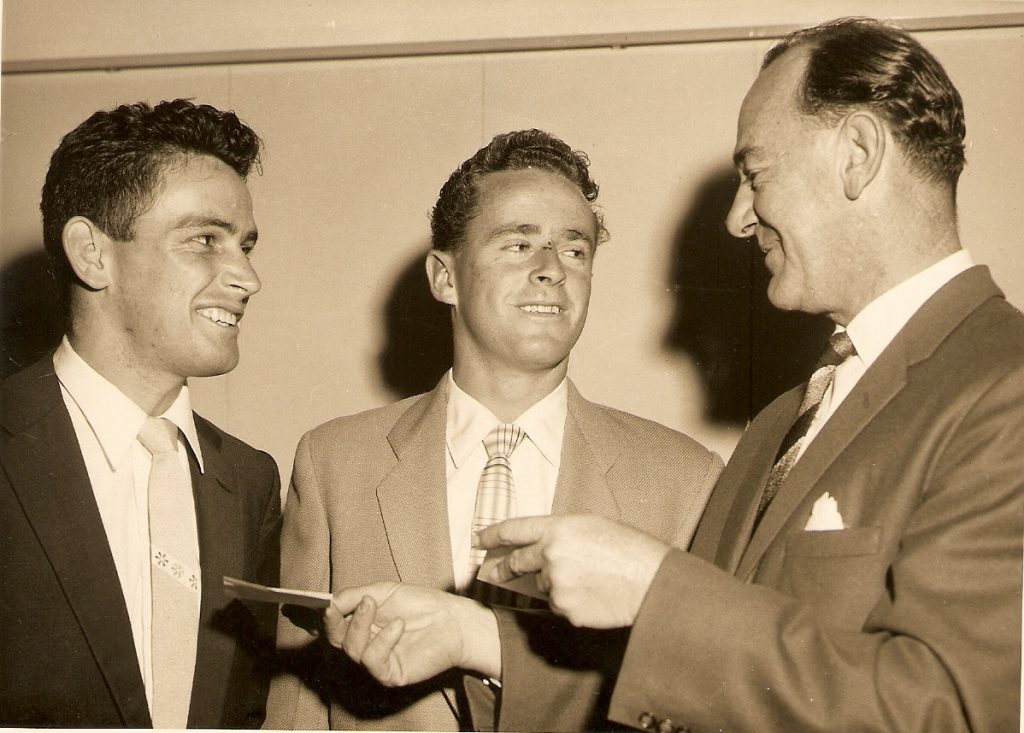 On a beaten side yesterday Cook was a continual threat to Brothers, and scored one of the best tries of the season.  He beat the opposition forwards on the blindside of the ruck, cut through the three quarters, side stepped the fullback and scored as winger Garvey clutched at his jersey.

Muir had a commanding lead in bonus points until recent months, when he became trouble by infected tinea in his feet.  He did not earn any points in the last three games.

Bulimba Cup lock forward Barry O’Conner, finished up in third position on 17 points.  He was followed by Marshall Barnfield (Wynnum Manly) and Col McCarthy (Easts) both on 16 points.

Cook 21, a typewriter mechanic, attended school in Wynnum and was an outstanding player with the brilliant Wynnum Manly underage team, which won consecutive premierships in the Under 16’s, Under 17’s and Under 18’s when coached by Bob McMurchie.

Cook has always been a brilliant attacking player with a paralysing burst of speed when he has got any opening.  This season he has also shown great improvement in defence.  He has always preferred to play as five-eighth although at times Wynnum Manly have selected him as a centre.

Barry Muir, 20 is a product of the Tweed District League, where he played for three seasons after leaving school at Coolangatta.  Last year he moved to Toowoomba, where he played for Valleys club as halfback with Brian Jones at five-eighth.  He represented Toowoomba in the floodlight game and transferred to Wests in Brisbane at the start of the season.

A carpenter by trade Muir is a hard, wiry type, and weighs 11 stone.  Accurate quick passing from the scrum base and great cover defence have been the features of his play, and he forced his way into the Brisbane Bulimba cup team after missing the first match.