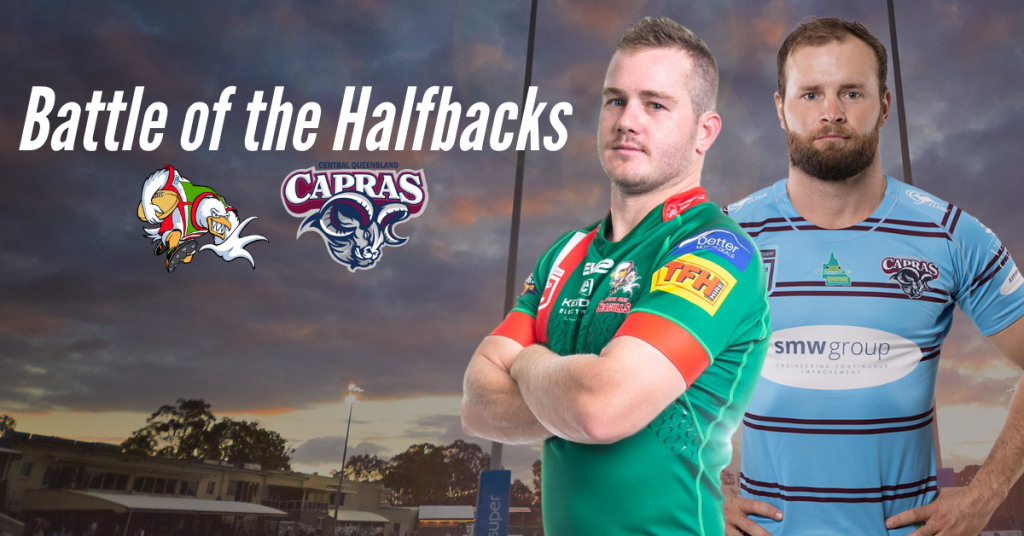 Two halfbacks headline the Round 6 clash between the Seagulls and CQ Capras, with both captains going head-to-head on the stats sheet.

For the Seagulls, its skipper Sam Scarlett who was named the clubs 2019 Intrust Super Cup Player of the Year, and for the Capras we take a look at their captain, Jack Madden.

Scarlett has played 3 out of the five rounds in the 2021 season, missing two due to an injury at the start of the season.

Despite the injury interrupting his season, the Seagulls Skipper has found his form and is averaging 263.8 kicking meters per game. His skill with the ball has built significant pressure on the Gulls opposition and Sam’s work rate when supporting team mates in broken play has led to plenty of points.

Madden has shown plenty of might on the other side of the ball, making 89 tackles this season with an 81.1% tackle efficiency. The Capras captain has also made his mark in the scoresheet, matching Scarlett’s 4 tries on the season.

As two of the most composed halfbacks and captains face off, keeping control of the game will be important this weekend at BMD Kougari Oval.