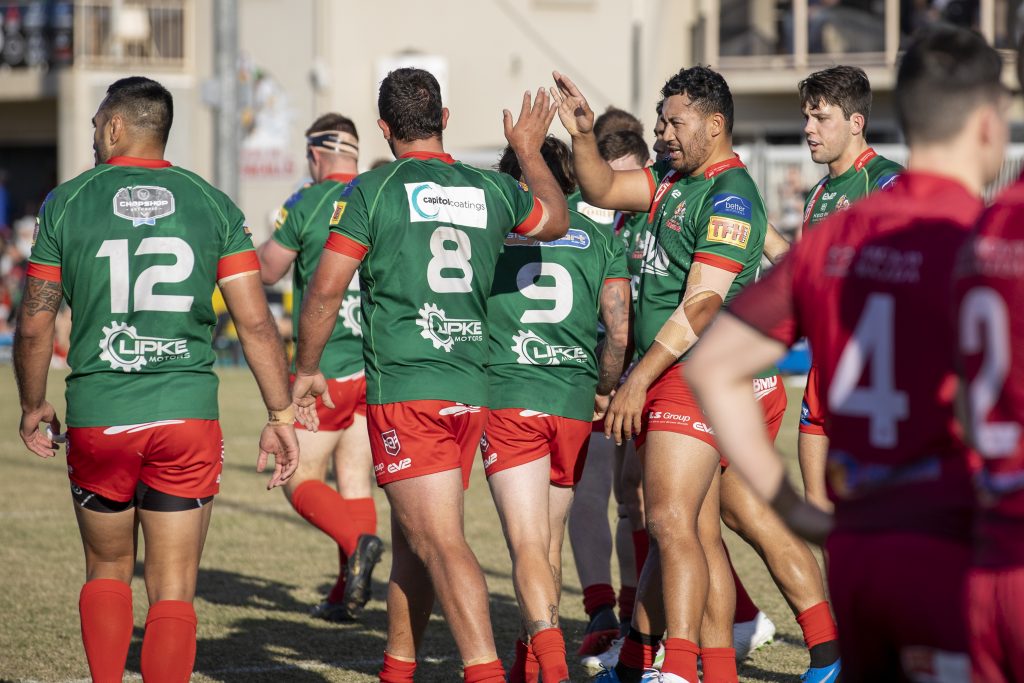 The Wynnum Manly Seagulls have extended their unbeaten run to nine straight wins on the back of a man of the match performance by hooker Jayden Berrell, winning 40-16 against a very polished Mackay Cutters outfit.

The rake piled on a hat-trick in the space of 24 minutes, turning the momentum of the game to ensure the ladder leaders kept their streak intact.

The Cutters came out firing and scored within the first five minutes with a try to Sean Mullany and converted by Ata Hingano.

In fact, it was a sign of things to come with the hookers from both sides having great games.

But at the 10 minute mark, the Cutters early lead was snuffed out by a Delouise Hoeter try which was converted by Jack Campagnolo.

Four minutes later; in just his second game in the top grade, Tom Farr bounced off three defenders to crash over for his first try in the Intrust Super Cup, taking the score to 10-6.

Just six minutes later, Berrell caught the Cutters napping and buried his head out of dummy-half to crash over close to the posts and with Campagnolo’s conversion, the ‘Gulls were up 16-6.

This was the start of a torrid 10 minutes of footy that was broken when Max Elliott was sin binned for a high shot… needless to say, ‘The Chookpen’ was not happy.

In the 30th minute, Ross Bella crashed over and Jack Quinn converted and the Cutters were closing in.

Elliott returned from the bin four minutes before the break and Wynnum Manly immediately went on the attack.

Two minutes later, Berrell again crashed over for his second of three tries. Close to the posts made it an easy conversion for Campagnolo and the gap was once again 10 points.

Returning for the second 40, the Seagulls did not let up and just four minutes after the restart, Berrell was in again and this time, the ‘Gulls ran in from everywhere on the field to congratulate him – he has been an inspiration since returning this season.

The hat-trick made the scoreline look like an insurmountable lead in the game and the home crowd certainly thought so when Luke Bateman running on an angle from 30 metres out, crossed adjacent to the uprights to make it 34-12 after the conversion.

But all is never as it seems. In the 56th minute, Hoeter was binned for a high shot, which gave the Cutters a sniff and they quickly took advantage, scoring just three minutes later from winger Jake Riley’s try right under the new giant electronic video screen and scoreboard, making the score 34-16.

For the next 10 minutes, it was a defensive battle with both sides not conceding an inch.

Then to the absolute delight of the Kougari faithful, Elliott suddenly took on a nimble utility persona with a deft kick from 20 metres out, which he followed up sprinting and diving on the ball in the in goal for a great try that created a spontaneous cheer.

The big Max special put the icing on the cake for the Seagulls with coach Adam Brideson saying he was happy with the result, whilst conceding there was still room for improvement.

The top-of-the-table red and green will honour the late Mitch Cronin against Souths Logan next Sunday June 13th at BMD Kougari Oval.