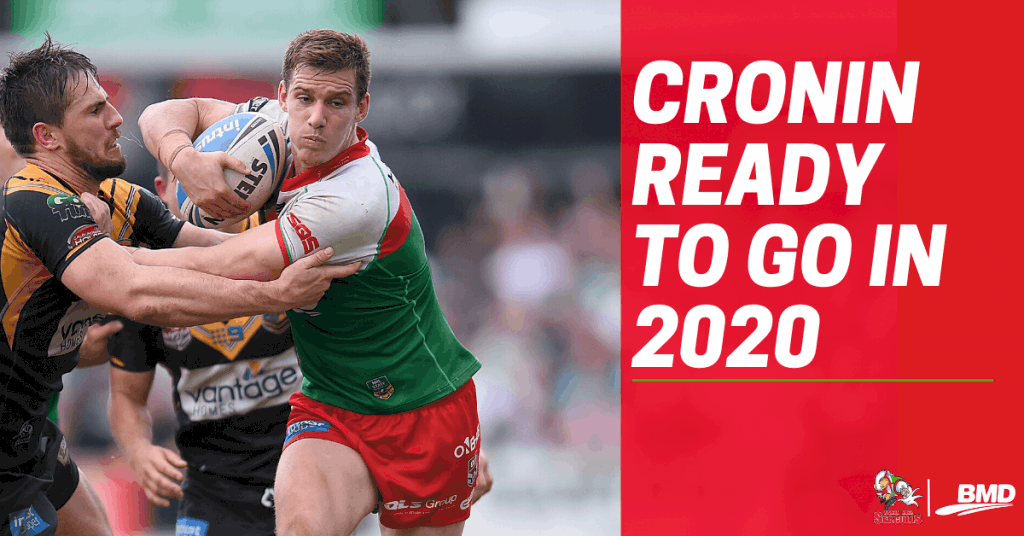 Club captain and Queensland Residents’ star Mitchell Cronin will return in 2020 as he spearheads a club looking to go one step further.

The unrelenting and tireless hooker was a mainstay in the middle of the park for the Gulls and was the cool head under pressure in the big games.

His leadership and efforts did not go unnoticed by his team mates, as the 27-year-old won the Seagulls’ Players Player award after a season leading the competition in tackles made with 934.

Cronin has played 84 games in the Red and Green since making his debut for Wynnum Manly in 2016.

He has played 107 Intrust Super Cup games overall when including his 23 games for Souths Logan Magpies.

After a huge 2019 campaign where he started in every single match, including representative fixtures, coach Adam Brideson  rested Cronin from the first trial against Norths Devils but he is expected to suit up against the Brisbane Broncos this week.