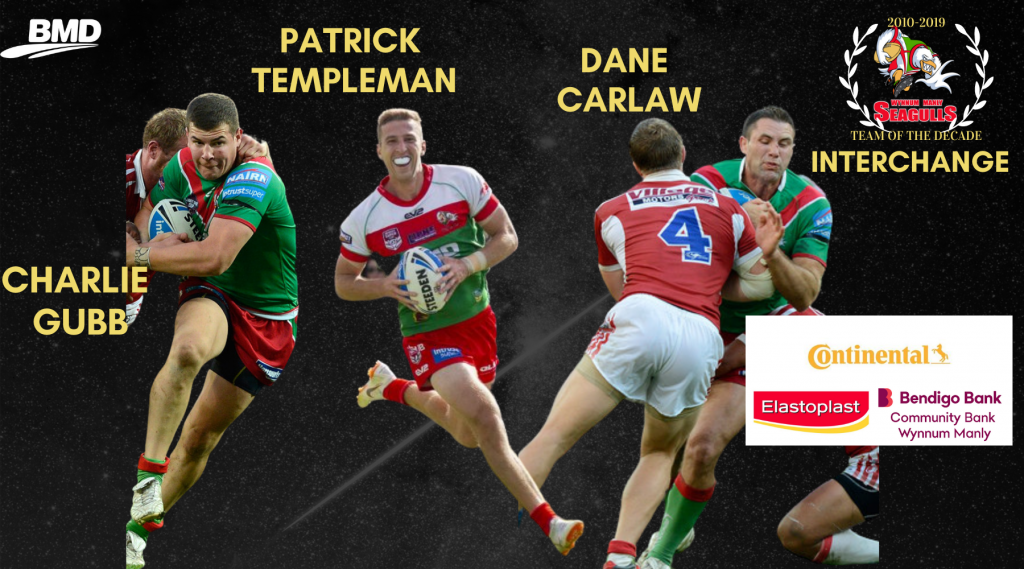 The fans’ Team of the Decade is now complete with the final three bench positions selected.

The Chook Pen could not ignore the impact of bookends Charlie Gubb and Dane Carlaw in the 2011 and 2012 back to back Premierships.

Dane Carlaw is a Brisbane Broncos and Queensland Origin legend who arrived at the club originally through the Broncos’ NRL affiliation.

Carlaw played 188 NRL Games, 13 State of Origins and 6 tests for Australia – before finishing his career in Red and Green.

Pat Templeman is the final player chosen to the Team of the Decade and is fitting reward for the playmaker who has been a team mainstay for the back half of the decade.

A Maroochydore Swans junior, Templeman collected the 2015 Courier Mail Player of the Year and has dazzled Gulls Fans with his long-range tries and superb skill.