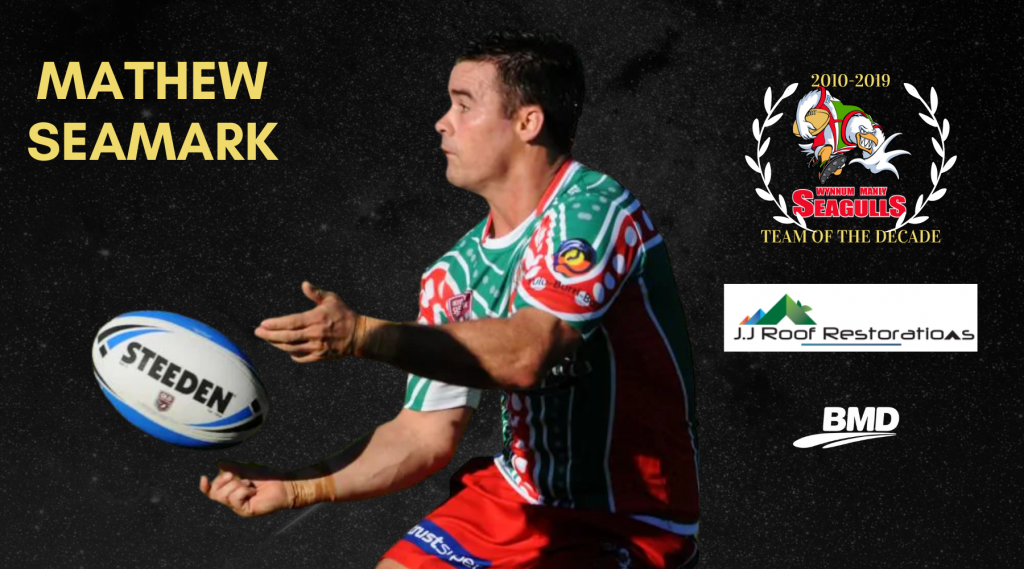 It was tightly run race early in the week but Seagulls legend Matt Seamark has claimed the fans’ Team of the Decade Halfback position.

Seamark won two premierships and played just shy of 200 games for the club. and has long been a fan favourite.

Stay tuned for voting on the Prop positions for the fans’ Team of the Decade this week.