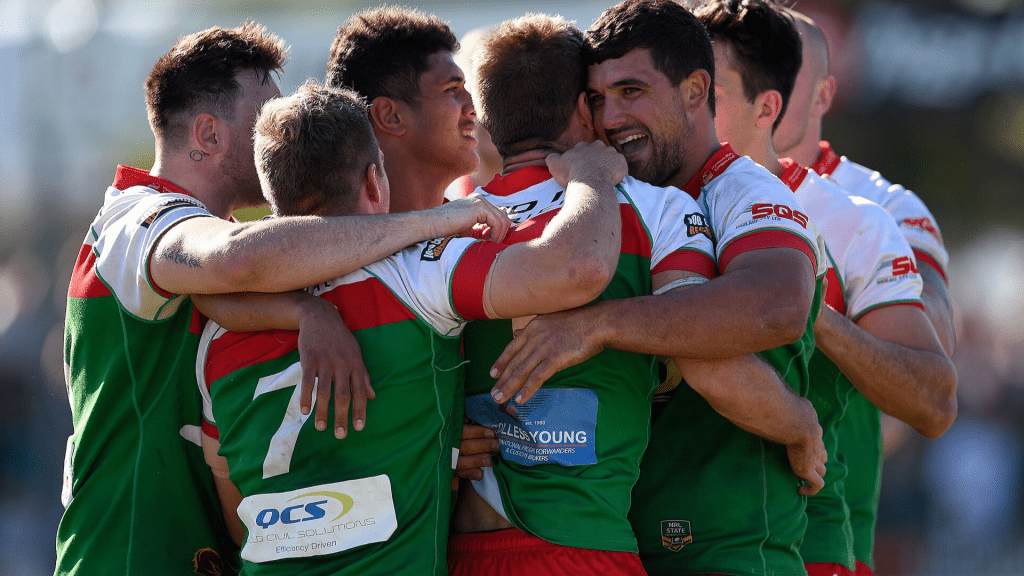 The Queensland Rugby League has today released the draw for the 2020 Intrust Super Cup, with grand final rivals the Wynnum Manly Seagulls and Burleigh Bears to meet in Round 1.

The grand final re-match is locked in for Pizzey Park, providing the Seagulls with an early opportunity to watch the team begin their premiership quest.

It is one of seven big Intrust Super Cup games to be played across the opening round of fixtures on the weekend of March 14-15.
Round 1 – Sunday 15 March
Bears v Seagulls
Venue: Pizzey Park, Gold Coast
Other notable Round 1 fixtures include the annual Defence Force Appreciation match between the Ipswich Jets and Townsville Blackhawks, as well as the clash between 2019 semi-finalists the Redcliffe Dolphins and Sunshine Coast Falcons at Dolphin Stadium.

The 2020 grand final will again be played at Redcliffe following the success of this year’s event, which saw close to 8000 fans treated to an enthralling afternoon of rugby league.

QRL competitions manager Dave Maiden said today’s draw release would light the spark for all teams in their quest to qualify for the premiership decider on Sunday, September 27.

“This year’s grand final at Redcliffe was an overwhelming success with all competing teams sharing positive feedback on both the facilities and game-day experience,” Maiden said.

“The path to this showpiece game starts for all teams in mid-March next year with some mouth-watering Round 1 match ups.

“Once again, there’s plenty to get excited about for all teams and fans across 23 action-packed rounds, plus a four week finals series.”

Get excited for the 2020 Intrust Super Cup

Maiden confirmed the top eight format would return next year, along with a host of popular feature rounds, including:

Grounds for the popular Country Week fixtures will be finalised and released early next year before the start of the competition.

Channel Nine will once again broadcast the match of the round each Sunday with the full broadcast schedule to be released soon.

Draws for the Hastings Deering Colts and Auswide Bank Mal Meninga Cup will be released shortly.

The full draw can be found here.