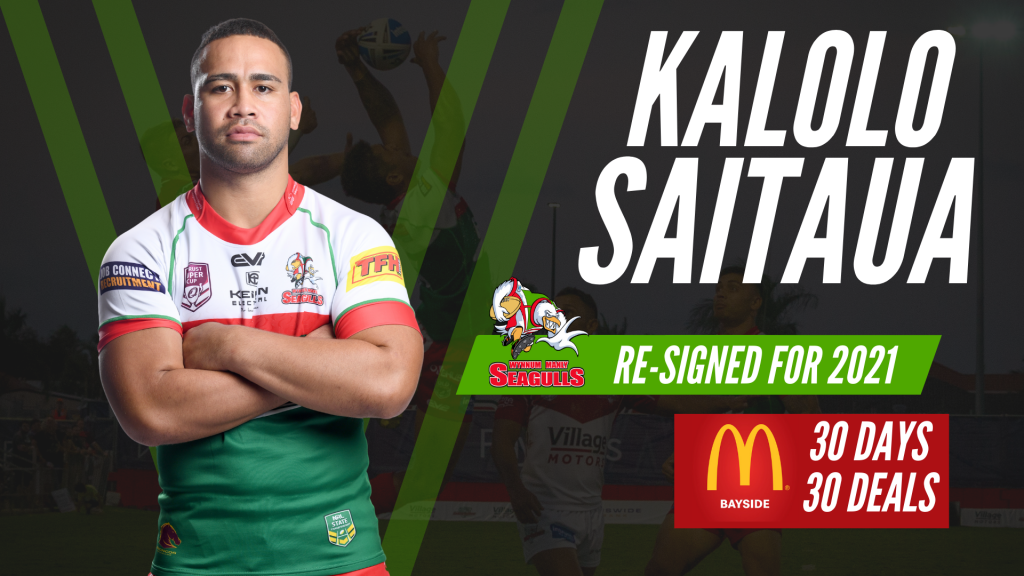 Kalolo Saitaua has re-signed with the BMD Wynnum Manly Seagulls for the 2021 Season.

An elite ball carrier, Saitaua recorded 158 tackle breaks in 2019 at a rate of 5.9 per game which was second only to former Gulls fullback Edene Gebbie.

Saitaua was unstoppable in the QRL Intrust Super Cup Esports Challenge earlier this year where he took the Seagulls to victory with a 40-16 win over the Falcons.

The powerful middle forward is recovering from a torn ACL and is working hard to return for the back end of the 2021 season.

Download the mymacca’s app and head down to a McDonald’s Bayside restaurant to get today’s deal… Big Mac for $3!