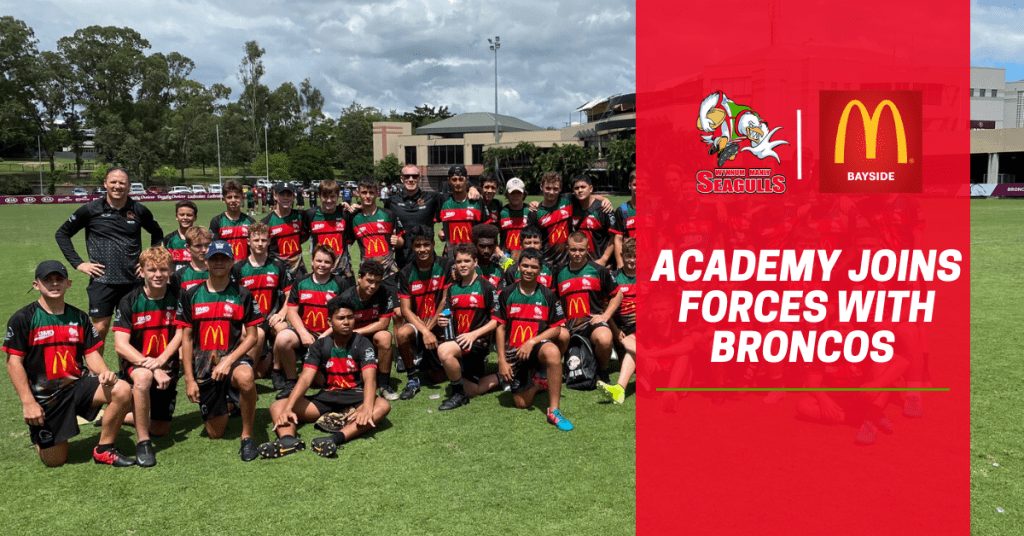 In early March 60 players from the McDonald’s Seagulls Junior Academy aged 12 to 15 were put through their paces by Brisbane Broncos Elite Performance Development (EPD) staff.

Recently retired Matt Gillett and Jack Reed held tackle technique skills for the young Gulls. The two were renowned for their defensive capabilities so the kids were able to take a lot away from their heroes on the correct technique, positioning and footwork.

De Vere commented “the programs we run at the Broncos align well with what the Seagulls are developing in their region. The level of skill across all kids is very high and they have been a great group to work with.”

The McDonald’s Seagulls Academy is currently taking a break in line with Government regulations, but aims to be back up and running later in the year. https://www.wynnumseagulls.com.au/teams/seagulls-academy/