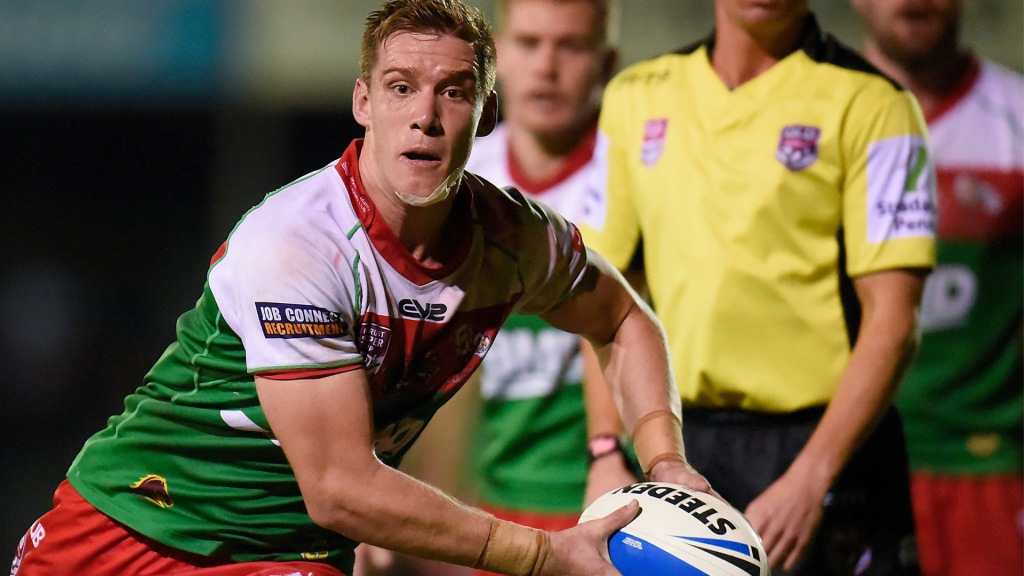 By Brayden Heslehurst, Wynnum Herald
HE’S been in an NRL squad, played representative football for the Queensland Residents, been named captain of one of the most storeyed clubs in the state, celebrated 100 games in one of the toughest rugby league competitions in the world but now Mitch Cronin wants to add an Intrust Super Cup premiership to his list of achievements.

Cronin reached his 100th game in the Intrust Super Cup against the Townsville Blackhawks on June 1 and said it was a special occasion.

“It was a pretty special night, my dad and my grandma presented me with my jersey and the boys all got around it and made sure that we came away with a win,” he said.

“Reaching 100 games is something I’m definitely proud of.

“I still remember my debut for Souths Logan as a tiny winger in 2011, the competition was strong back then but I think at the moment it’s a lot tougher.”

The 27-year-old Capalaba resident has been a jack of all trades during his time in the competition, spending time at almost every position on the field during his career.

And he believed that was a major reason behind his longevity in the Intrust Super Cup.

“I think over the years I’ve been able to adapt well to change and play a few different positions,” Cronin said.

“I’ve literally played every position in the ISC at some point. I’ve never been the most talented player in the team but I’ve always prided myself on effort and not letting the team down.”

Cronin, a Clairvaux MacKillop College old boy, said his Seagulls side were capable of big things this season, especially after winning seven consecutive games to sit second on the ladder.

“The team has started the year really well, we set some high standards at the beginning of the year and so far everyone is buying in,” he said.

“We sit second at the moment which is a good spot to be in but I think the best part is we still know we can improve. We want to continue to keep a perfect record at home.”

Wynnum Manly continued their host form on the weekend, dominating the Ipswich Jets 32-8.

It will be a top-of-the-table battle this Sunday when the Seagulls host the undefeated Sunshine Coast Falcons at Kougari Oval from 2pm.