On Sunday March 25, generations of Seagulls flocked to BMD Kougari Oval for the 3rd annual Men of League – Past Players Luncheon.

Over 150 Past Players and supporters attended the function which led into the Intrust Super Cup rivalry round matchup between Wynnum Manly and Redcliffe.

Whilst the Dolphins unceremoniously claimed victory on the field 32 – 16, the mood of those in attendance was not haltered, as Seagulls from every era relished the opportunity to reminisce on their time wearing the Red and Green.

The event recognised the work of Seagulls’ charity partner, the Men of League Foundation, with half of the event’s proceeds being donated to the organisation.

The efforts and contributions of one particular group were specially recognised. 30 years on, the team of 1988 were celebrated for their tenacious spirit, during what was a testing period for the club. 1988 signified a changing of the guard at BMD Kougri Oval, following an exodus of international level experience to the inaugural Brisbane Broncos side.

Panel speakers Rob Rateri and Neil Tierney fondly reflected on the ’88 year which was a coming of age for the group that featured mostly local juniors, many whom were completely untested at the first grade level.

Decades on from their time in the BRL, the former Kangaroos showed that the competitive spirit between the Seagulls and Dolphins burns deep as they shared their stories with those in attendance. 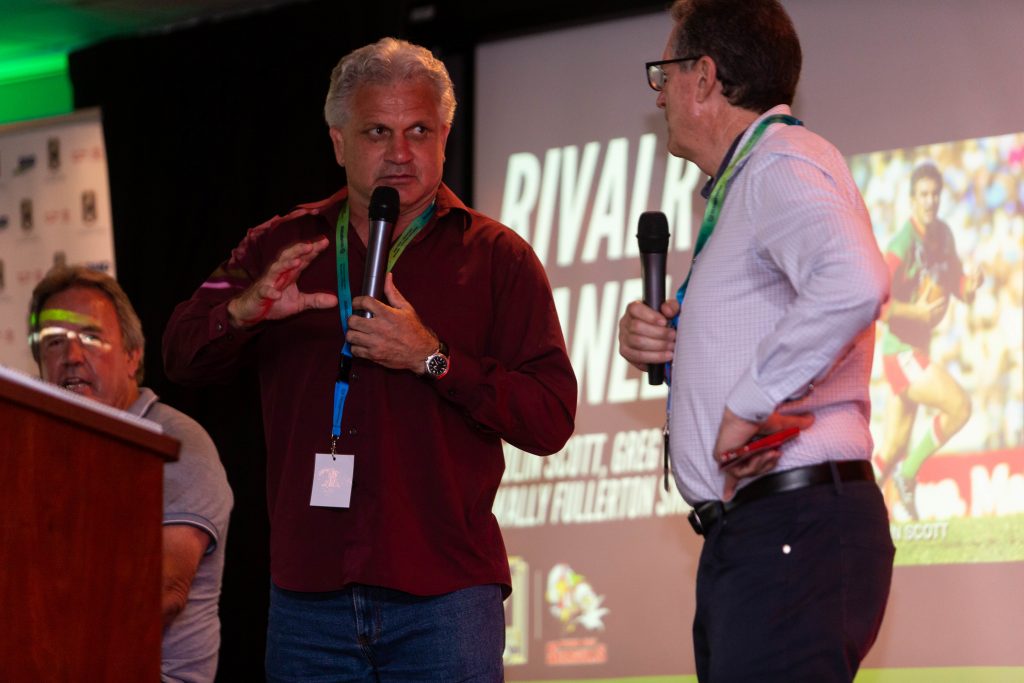 In what has become a tradition, the luncheon was capped off with all Past Players forming a guard of honor for the current Seagulls squad to run through as they entered the field for the Intrust Super Cup clash.