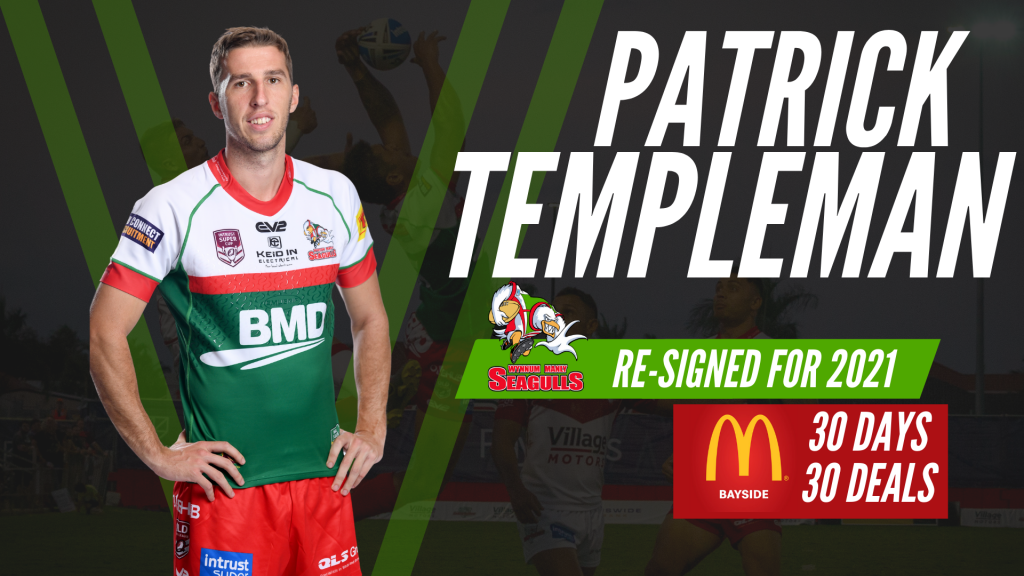 Patrick Templeman has re-signed with the BMD Wynnum Manly Seagulls for the 2021 season.

The 27-year-old Maroochydore Swans junior debuted with the Seagulls in 2015 and has been a mainstay for the club, playing 86 games and scoring 43 tries.

Templeman will once again play a pivotal role for the Gulls after a blistering 2019 campaign where he scored 11 tries and set up 17 more.

The former Intrust Super Cup Player of the Year is excited and ready to go for his seventh campaign in red and green.

Download the mymacca’s app and head down to a McDonald’s Bayside restaurant to get today’s deal… 18 McNuggets & 2 Large Fries for $7!