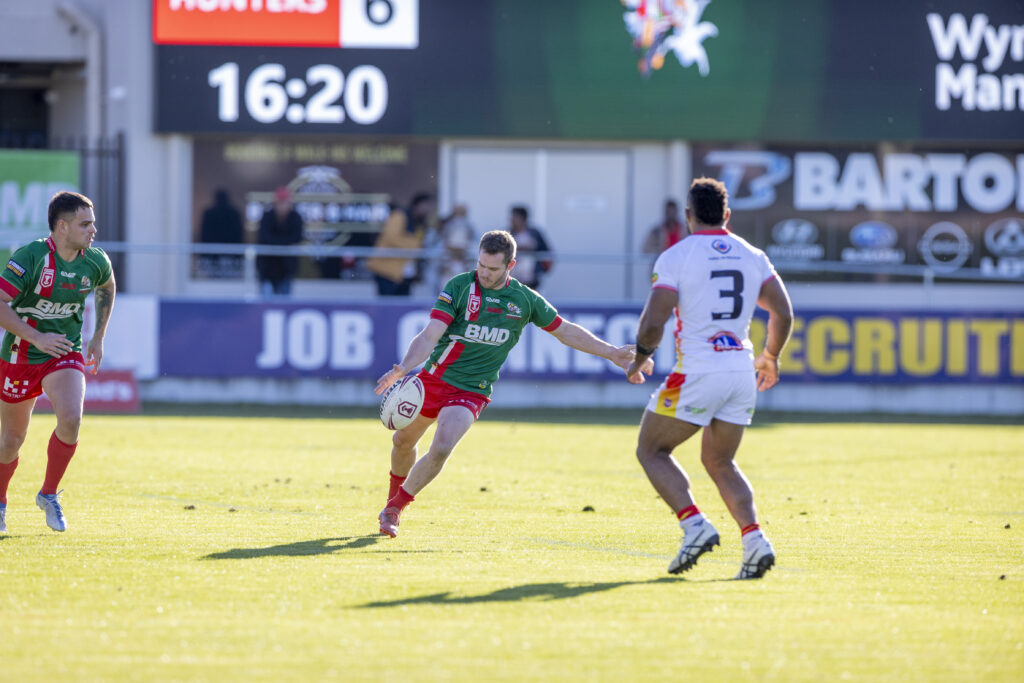 A lively crowd turned out to watch the match on a picturesque afternoon in Wynnum.

The Hunters started the better of the two sides with Kitron Laka opening the scoring in the 11th minute.

The men from PNG were full of energy after training with the QLD Maroons during the week and their intensity was showing against the Seagulls.

Dredin Sorensen managed to get one back for the Seagulls on the right wing.

Former Hunter, Epel Kapinias, was targeted as he ran the ball, with big shots coming from Sylvester Namo and Dilbert Isaac.

The Hunters scored twice more before the break, leading 18-4 as the teams headed for the sheds.

The Hunters momentum continued after half time with Ila Alu and Solo Wane scoring in the first 5 minutes to push PNG to a 30-4 lead.

The game steadied, and finally the Seagulls gained some momentum in front of a crowd that had been waiting almost an hour for them to turn it on.

Harrison Graham scored in the 53rd minute, and then following a sin bin to Junior Rop, the Seagulls scored twice more through Falakiko Manu and then Graham again from dummy half.

The crowd was now on its feet as the scored came to 30-22 with 17 minutes to play and the Seagulls on fire.

However, multiple attacks on the Hunters tryline were repelled or resulted in handling errors and the Seagulls couldn’t produce points from their momentum.

In the 76th minute, the Seagulls bombed a certain try through a knock on, only for Solo Wane to scoop up the ball and run 90m to score under the posts.

This sealed the game 36-22 for the Hunters, and both the players and many PNG fans in the crowd celebrated deservedly.

The Seagulls rue another missed chance to jump to 2nd on the ladder and now head north to Innisfail to take on the Northern Pride this Saturday at 5.30pm.

The Seagulls Academy Hastings Deering Colts continued their winning ways with a 64-0 nil demolition of the Western Clydesdales.

This is now 9 wins in a row for the Seagulls Colts and see them sit on top of the ladder.

11 tries were scored in total, with Jack Bowyer converting 10 from 11.

Cassius Cowley was named McDonalds Player of the Match for the Seagulls for his hand in many of these 11 tries. 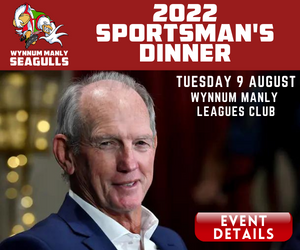