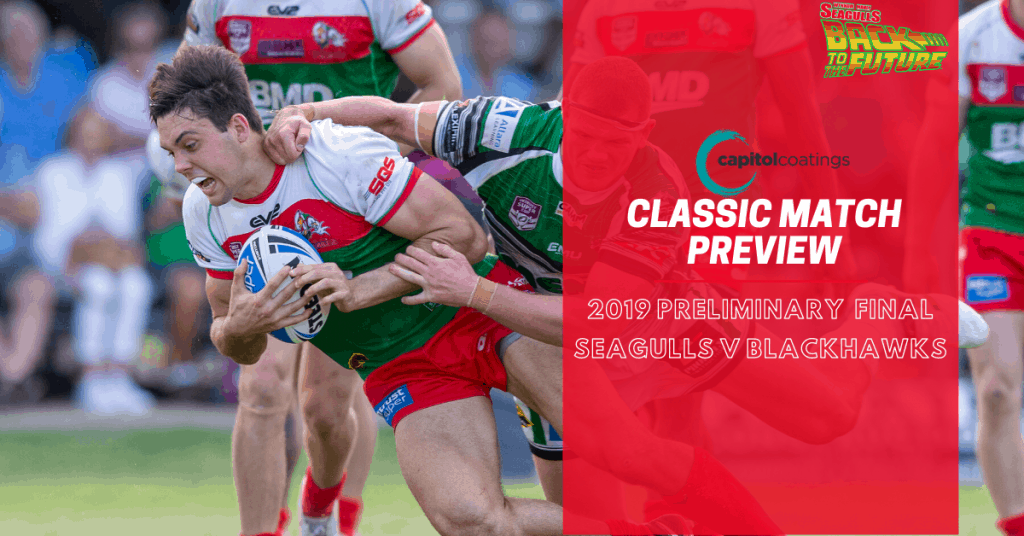 Before you watch the match in full on the Seagulls Facebook at 12pm Sunday, lets set the scene with the Capitol Coatings Match Preview.

Coming into the game the Wynnum Manly Seagulls had finished the regular season second and the Townsville Blackhawks, fourth, but that mattered little as it all went on the line for place in the 2019 Intrust Super Cup Grand Final.

There was talent all across the park. There was flying Blackhawks wingers Zac Santo and Kalifa Faifai Loa. And flashy Seagulls fullback Edene Gebbie and star five-eighth Pat Templeman.

“We’re going up to Townsville, playing against a very good football side, so we need to be very good defensively,” Brideson said.

“We’ll need to work really hard in the fundamental areas. They’ve got very experienced middles and quality halves and outside backs, so we need to make sure we’re really good defensively and doing all the things we’ve been doing to win games.”

Brideson said during the Seagulls’ win over the Dolphins (in the Semi Final the week prior), his side “showed a lot of grit and resolve” and he expected the same this weekend.

“We were under a lot of pressure in that second half. We showed a lot of grit and toughness to hang in there and ultimately come away with the result,” Brideson said.

“We need to be very disciplined both sides of the ball. Obviously we need to complete sets with the footy and ask some questions of their defence, but then on the flip side make sure that we defend really hard and try and nullify the great attacking side that they have.”

Defence would go on to play a huge part in the game with some special individual moments, including an incredible try saver by halfback Sam Scarlett.

Sit back, relax and enjoy the game in full from 12pm Sunday on Seagulls Facebook.