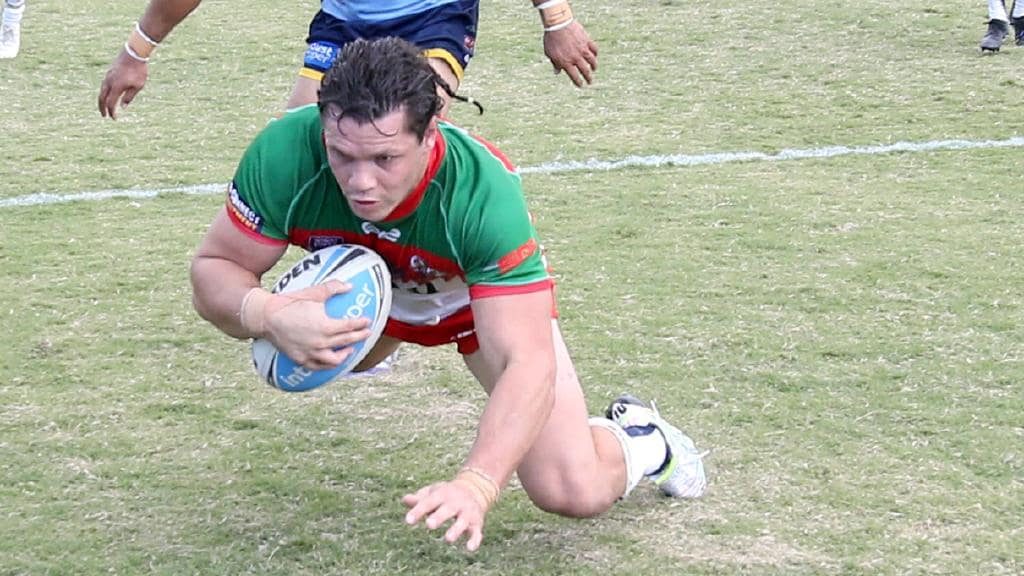 In front of a bumper Sunday afternoon crowd where many had no doubt gathered to Bronco James ‘Jimmy the Jet’ Roberts in action; the Devils stormed home with a late rush of tries, but it wasn’t enough to reel in the Seagulls.

The Devils lamented a first-half lapse when the impressive Seagulls scored four tries in 17 minutes to scamper to a 30-10 halftime lead.

The first came early in the half with Matiu Love-Henry powered his way over in the second minute after an error on just the third tackle from the Devils handed the Gulls possession.

They were in again when Delouise Hoeter – moved to the wing to accommodate Roberts – latched onto a fantastic Pat Templeman long ball and ran in to score.

The visitors scored four more tries in the first half – including one to Roberts who chased through on a  Sam Scarlett kick – to post 24 points in the opening half.

Scarlett was once again a key player for his side – not only in attack with his ball play and kicking game – but also his big efforts in defence, which combined to earn him Hastings Deering Man of the Match honours.

The game was a match of two halves, with the Devils having the better of the second.

They trailed 30-10 at the break and performed well in the second to almost pull back the deficient, surging home to trail by only six points with two minutes remaining.

Instead, the Devils piled on three tries, including two within three minutes to centre Luke Pollock.

They were again in scoring position and the prospect of a drawn game loomed; but an attacking kick was snared by Wynnum fullback Edene Gebbie, who ran the length of the field from his in-goal area to score as the fulltime siren sounded.

Next weekend, the Devils will head to Rockhampton to meet CQ Capras next Sunday hoping to return to the top four.

The Devils needed the attacking spark that they have developed under coach Rohan Smith to get back into today’s match when it seemed to be slipping away.

That was most evident as they sliced through Wynnum’s edges in the second half as they held the tiring Seagulls scoreless for all but the last 10 seconds.

The Seagulls will host the Townsville Blackhawks next Saturday afternoon as both teams press to keep their good form alive.