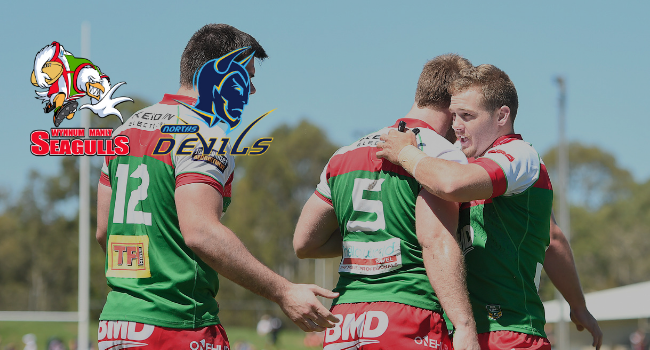 It’s Men of League round this weekend for Round 11, and all clubs and referees will don special socks to help promote the work of the organisation that provides assistance to the to the men, women and children within the rugby league community.

This Sunday, the cameras will head to Bishop Park to feature two in-form teams with the Norths Devils hosting a high-flying Wynnum Manly Seagulls side.

The match will be back on 9Gem with coverage from 1pm with kick off at 1.10pm.