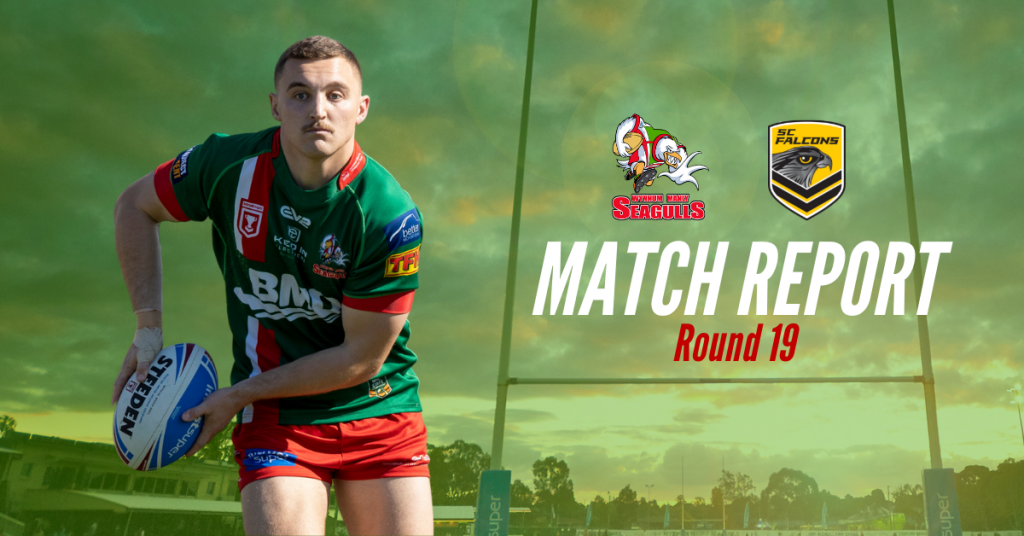 The Sunshine Coast Falcons were shooting for a spot in the finals and the Wynnum Manly Seagulls were hoping to arrest a three-game losing streak, so this game was always going to be a tough encounter.

After the two-week COVID-19-enforced break, both sides were near to full strength and fresh for a good run and that’s what the crowd at BMD Kougari Oval got.

It was a very tight match where ball security and ill discipline from both teams proved pivotal.

The mood in the Wynnum Manly dressing room was upbeat, the boys buoyed by the return of Matiu Love-Henry and Kalolo Saitaua. Saitaua played his first game for 2021, after working hard through rehab to overcome a knee injury which put him out of the game for a year.

Wynnum Manly were off to a flyer when they regained the kick-off after the wind only allowed the ball to fly just 15 metres. Falcons did not really have a player there in coverage and the Seagulls pounced to get the ball and within the first minute were on the board with a try to Love-Henry. Jack Campagnolo converted and the Seagulls were up 6-0. 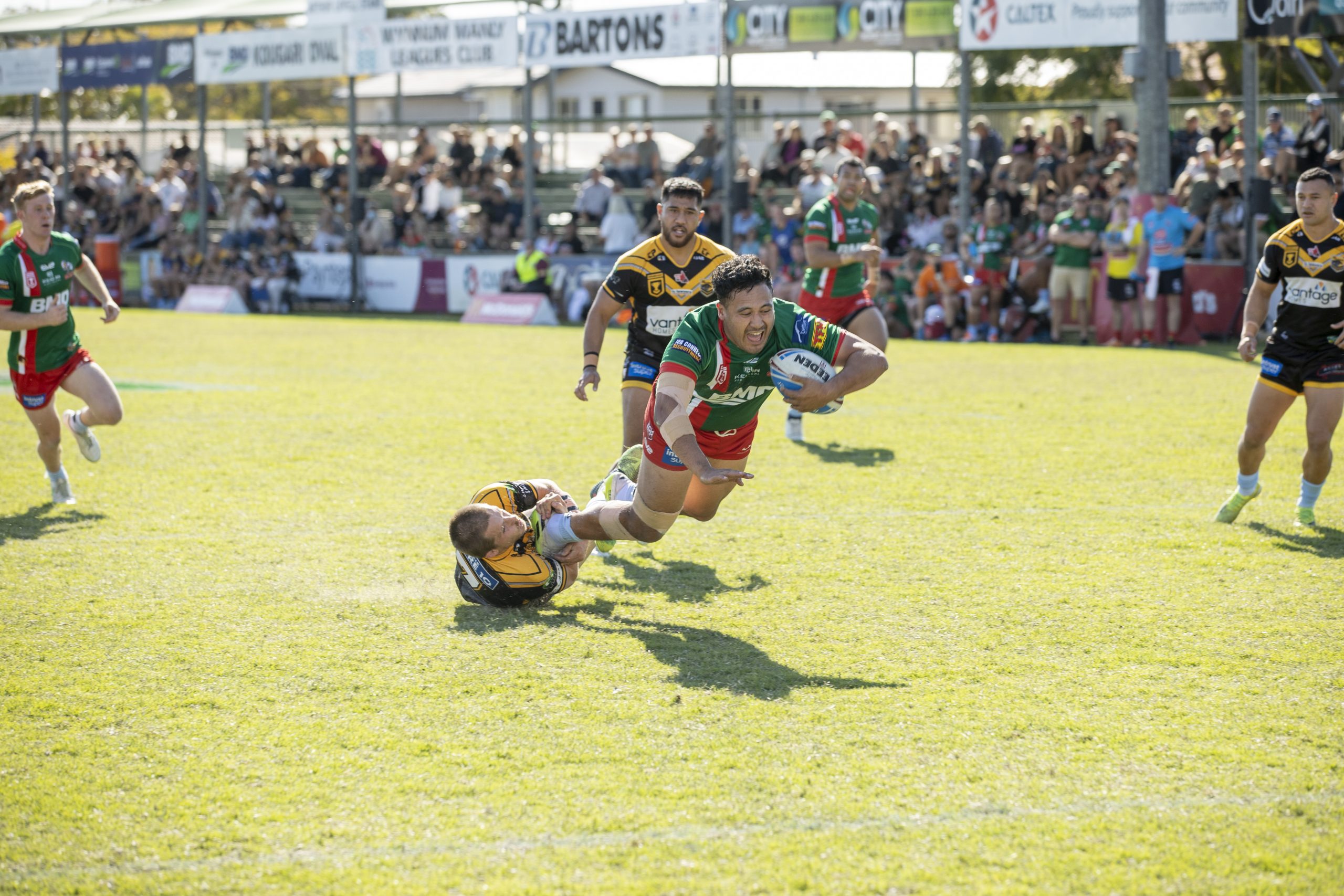 No to be outdone, the Falcons scored just six minutes later when Thomas Rafter reached out to plant the ball on Wynnum Manly’s try line out wide. Todd Murphy missed the conversion and it was clear that the crowed would be get their monies worth – this was going to be a ding dong battle.

Errors from Wynnum Manly’s Max Elliot and then the Falcons’ Sam Burns robbed both teams of the momentum they were building. In the 13th minute, Wyatt Reynolds left the field for a HIA and would not return, leaving the Falcons one man down.

However, the Falcons were tenacious and Nathan Saumalu crossed out wide. After Murphy slotted the conversion; the boys from up the coast were ahead 10-6.

During the next 20 minutes, Wynnum Manly started clearing their interchange bench, which greatly assisted the playing group in the very warm conditions.

In the last minute of the first half, perennial play maker Tristan Hope pounced on a grubber and grounded it just short of the dead ball line to level the scores. Campagnolo slotted the conversion to put the Seagulls up 12-10.

During the break, Coach Adam Brideson encouraged his players to back themselves and each other and maintain their intensity before heading out for the second half.

The Falcons received a penalty from a Lachlan Lee dangerous tackle and Murphy kicked the penalty goal, to lock up the scores at 12-12.

In the 48th minute, Hope forced himself over for the second of his two tries, much to the delight of team mates and nearby fans. Campagnolo missed the conversion and the Seagulls took a small four point lead, with the score 16-12.

Errors were costly to both sides during the second half and after the Falcons gave up an error and two penalties with three minutes, Campagnolo slotted a penalty and the the score was out to 18-12 to Wynnum Manly.

Injuries began to reduce the benches of both teams and fatigue became a real issue in the hot sun. This led to a mistake by Love-Henry in the 61st minute, which was pounced on by Luke Polselli, who scored out wide. Murphy adeptly slotted the conversion and scores were locked up again 18-18.

Unfortunately for the Sunshine Coast, this is where the scoring would end for them; tenacious Issac Luke burrowed over next to the post and Campagnolo converted to put Wynnum Manly ahead 24-18. The Falcons then lost Tyson Smoothy to a HIA and had virtually no one left on their bench. 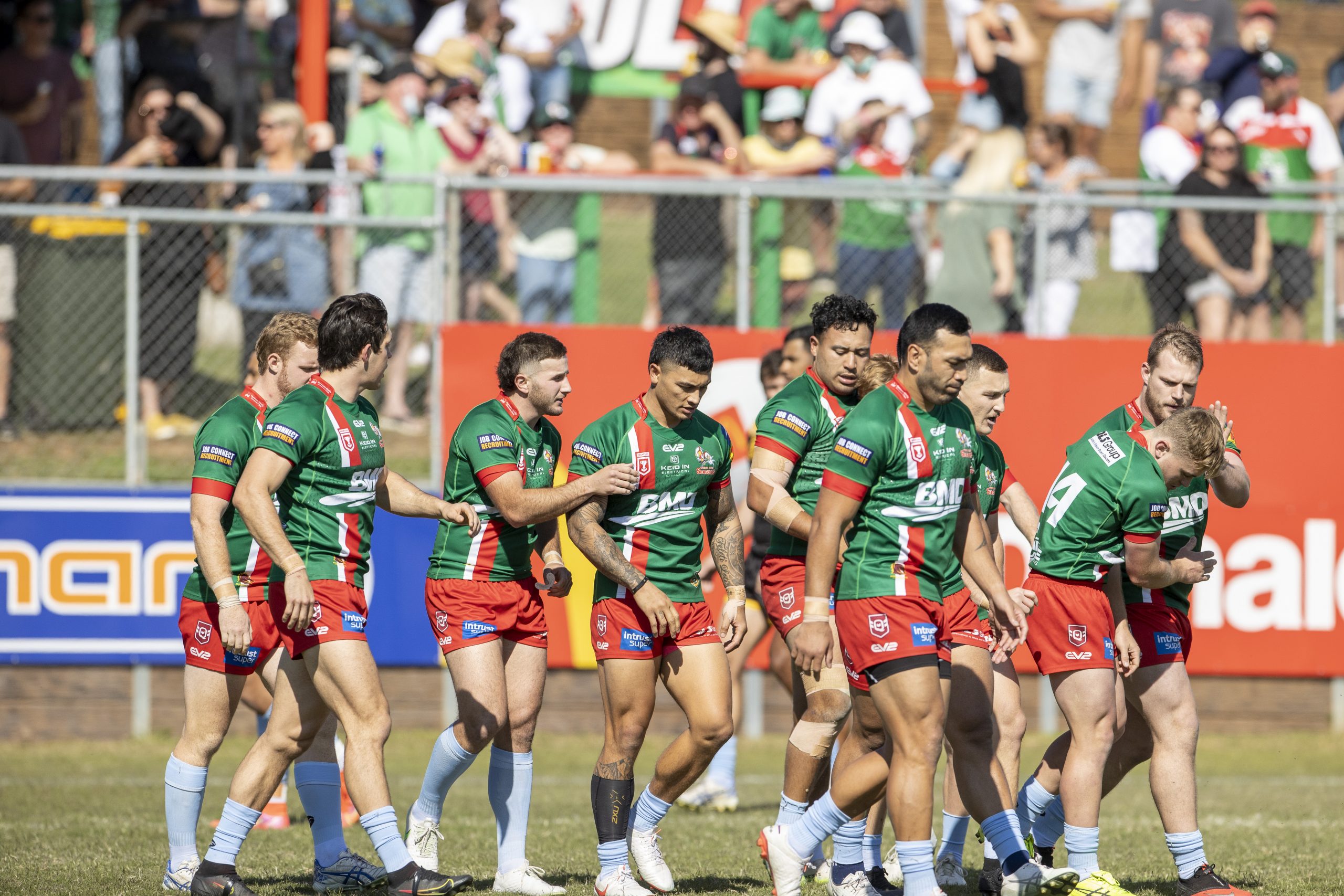 Ill discipline would cost the Falcons one last time, when Kurt Baptiste was ruled offside in the 79th minute. While lining up the penalty goal, Campagnolo heard the final siren below, before he slotted the penalty and the Seagulls sealed it 26-18.

Brideson said he was happy for the win, but stressed mistakes and ill discipline made it a lot harder for Wynnum Manly, adding those areas needed to be addressed to have a successful finals run.

The players celebrated a grateful Saitaua in the sheds after the game, as he thanked medical and physio staff, Brideson and his teammates for sticking by him.

Jayden Berrell was named player of the match and strong games from Colts and Wynnum Academy alumni Harrison Graham and Ben Farr made for a joyous change room as Wynnum Manly belted out the team song for the first time in more than five weeks.

Wynnum Manly face Norths Devils on Sunday September 5, in the postponed Round 16. 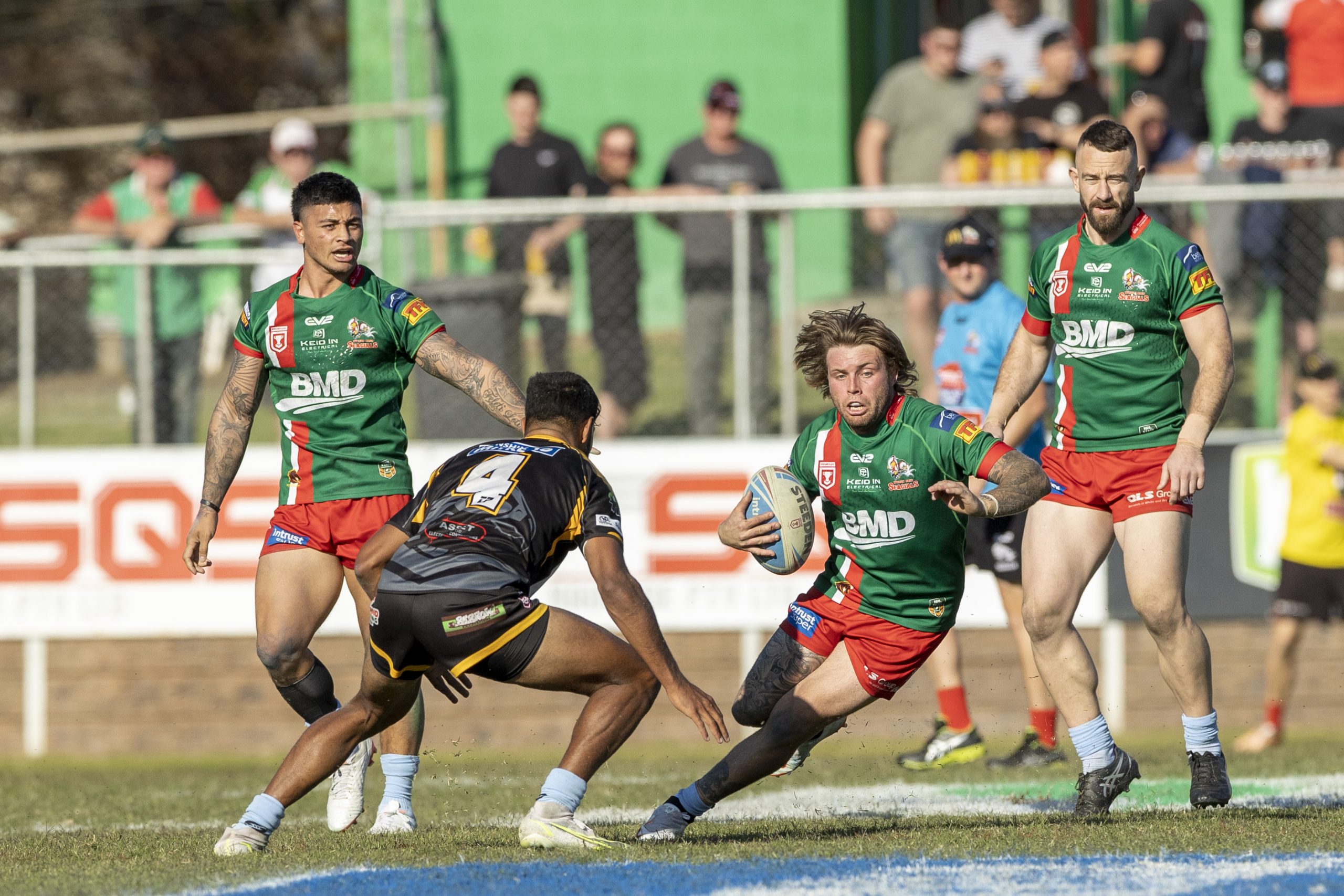