Months of hard work and perseverance have paid off for Wynnum Manly Seagulls talent Max Plath who returns to the football field this weekend after a long stretch side-lined by injury.

Plath – who can play in the halves and as well as a hooker or lock – has been named on the bench for this weekend’s Round 16 Hastings Deering Colts clash against Sunshine Coast Falcons in what is set to be his first game of rugby league this season.

Returning from an ACL injury, which he suffered in playing for the Seagulls in their Brisbane Rugby League A Grade semi final victory last year, Plath has endured his fair share of injury setbacks in his young career.

“It’s been tough… I have had a bad run,” Plath said of his injuries.

“I did (my ACL) in BRL, in the semi-final … it’s been rough … (but it was) good timing in a sense, because as soon as I did it, I was straight into pre-season, so the coaching staff and the gym staff are highly qualified and they take good care of their players. 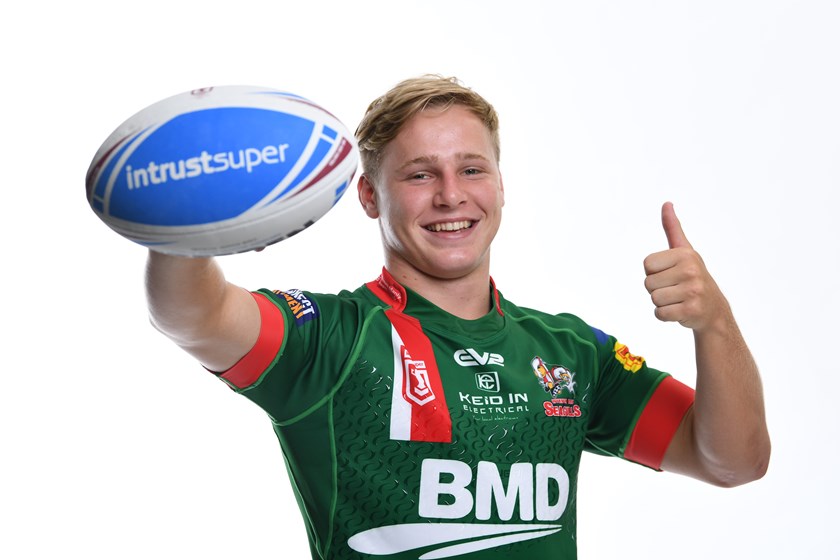 Check out the full profile on Max on the QRL’s website here: https://www.qrl.com.au/news/2021/08/26/perseverance-pays-off-in-plaths-path-back-to-play/

The Hastings Deering Colts take on the Sunshine Coast Falcons in a curtain raiser on Saturday 28th of August at BMD Kougari Oval, kicking off at 12.10pm.

Head Coach Michael Dobson named his team earlier this week, including the return of Max Plath. Check out the full team list below!