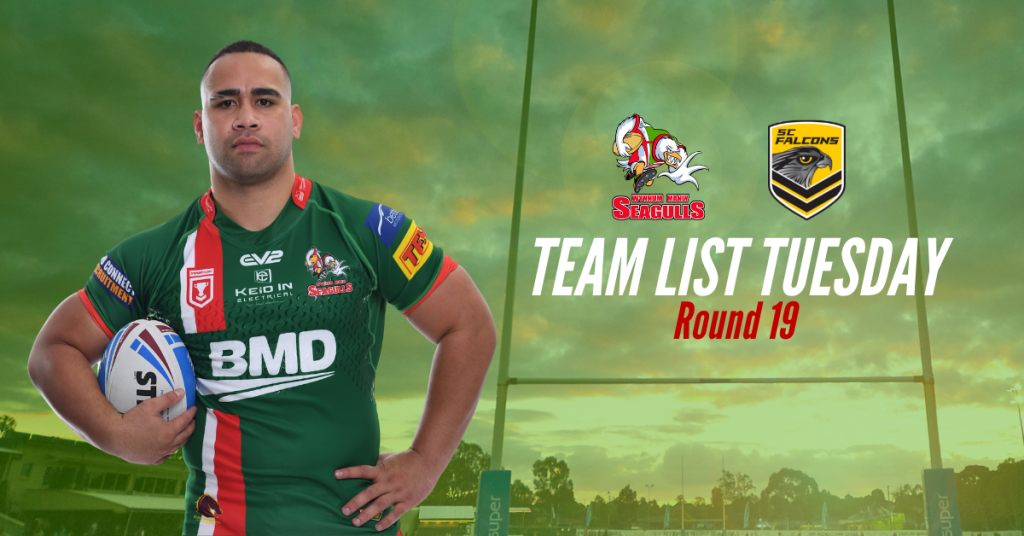 Adam Brideson has named his squad ahead of the club’s Round 19 fixture against the Sunshine Coast Falcons. On Saturday, the Seagulls will take on the Falcons at BMD Kougari Oval, which is the first home game for the club in over two months.

After a pause on community sport, the Intrust Super Cup is set to resume this weekend and with three games remaining in the schedule the Gulls will look to finish their season strong at home!

Mathew Lyons is set to come in on the wing in the only backline change, with the forward pack reshuffled. Kalolo Saitaua has been named off the bench and will play his first game of the season after recovering from an ACL injury suffered in 2020.

Join the Gulls at BMD Kougari Oval or watch the game LIVE and FREE on Kayo Freebies from 2.10pm.