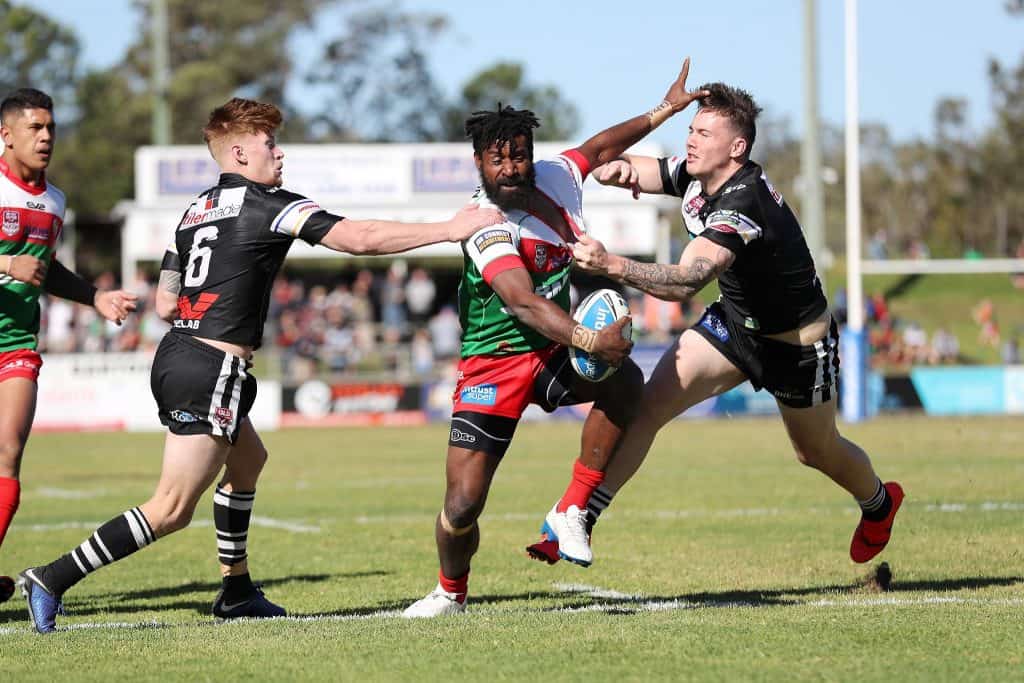 The Wynnum Manly Seagulls ran away with the game in the second half to earn a 34-18 win over the Souths Logan Magpies in front of their home fans at BMD Kougari Oval.

In a seesawing first half, it was the Magpies who crossed first after big man Mitchell Frei ran a great line following a Guy Hamilton face-ball at the line to crash over.

The Seagulls responded soon after when winger Dredin Sorensen McGee crossed for a try in his debut Intrust Super Cup game.

Not to be outdone, Souths winger Matt Soper-Lawler achieved a milestone of his own when he made a diving leap over the line in the 19th minute of the match after his side were gifted great field position after back-to-back Seagull errors.

With his 20th try, he became the highest season try scorer for his club, breaking the long-standing record of 19 held by Quentin Laulu-Togagae in 2008.

The former Falcon is only one try behind this season’s leading try scorers following Round 20, with Burleigh Bear Troy Leo and the Sunshine Coast’s Jon Reuben both on 21 so far.

However, despite his efforts, the home side were able to close out the half on a high when elusive fullback Edene Gebbie burst through on a quick tap to score; an effort which was followed up only a few minutes later by try sneak Sam Scarlett going over to help his side move to a 14-12 halftime lead.

Souths Logan had attempted to level the scores thanks to a penalty – where Frei made a rather ambitious attempt from 65m out. While his aim was true, the distance was not – but the Gulls chose to run the ball dead as the siren had sounded.

The Magpies were back in the lead when Manaia Cherrington was over for his second try in as many games two minutes after the teams resumed play.

But from then on, the Gulls took the game away with four unanswered tries doing the damage – including one to forward Matt Groat that gave him his first for the season.

Next weekend, the Gulls are at home to the PNG Hunters.

The Magpies will travel to Ipswich to take on the Jets.