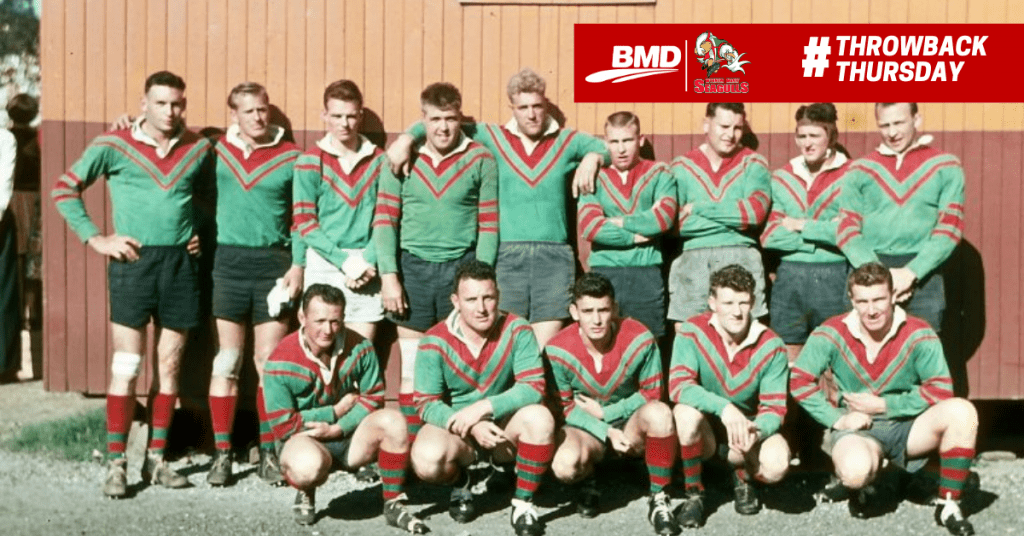 This week’s #ThrowbackThursday takes us all the way back to 1958 as we chart the Club’s success, and failures. Read the full summary of the 1958 at our history page Seagulls Forever

Wynnum-Manly pulled off perhaps their greatest form reversal in their short history, when they defeated Valleys 29-21 at Oxenham Park.  Five-eighth Bobby Cook and centre Keith Brown, with three tries between them, tore the Diehards defence to shreds in an amazing second half recovery, after trailing 21-6 at the break.

Wynnum-Manly’s barnstorming second-rower Marshall Barnfield turned in another superb performance with big crashing runs and gibraltar-like tackling, with brilliant support play leading to his two tries.  His near-faultless effort saw him gain a spot in Brisbane’s Bulimba Cup side for the upcoming match against Toowoomba. Birks also chimed in with a handy try and four goals.

Valleys appeared to have the match sewn up at half time, with forward Darby Soper and centres Dick Davies and Mick Mulgrew playing outstanding football and running through the baysiders defence at will, also scoring four of the Diehards five tries.  However, after the resumption, the men in royal blue were unable to control the ball, and continually handed over possession within their own half.

Theo Fouras stood out for the Baysiders

Brisbane lock Brian O’Connor played a simply outstanding match at Lang Park, to lead his Brothers side to a comprehensive 26-14 win against Wynnum-Manly. O’Connor was in everything, attack and defence, and thoroughly deserved his fine solo try for his efforts. He also made the break and set up one for Jim Gallagher, as well as making two certain try-saving tackles.

The Brethren attacked the baysiders hard from the start of the match, and dominating all aspects of the first stanza, had established a match-winning 15-nil lead by the break. although Wynnum-Manly came back somewhat in the second half, Brothers were never really troubled for the win.

Wynnum-Manly halfback Green and five-eighth Cook were as penetrating as ever, and both crossed for tries in the second period. Again it was Marshall Barnfield and Theo Fouras who stood out in the baysiders forwards.

For more great history of the Seagulls, check out SeagullsForever.com.au