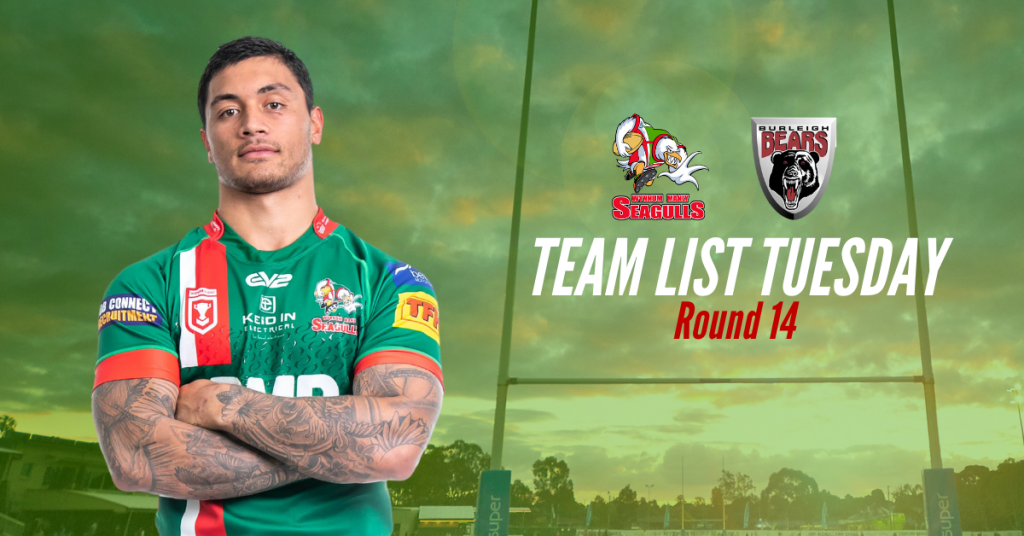 The Gulls are heading West to Chinchilla on Saturday to take on the Burleigh Bears as part of the Intrust Super Cup Country Week. Head Coach Adam Brideson has named his squad ahead of the Round 14 clash, which kicks off at Bulldog Park at 2.15pm.

Ben Farr has been named to return to the side at Fullback, with Daine Spencer still recovering from an injury against the Dolphins. Alec MacDonald has also retained his spot on the bench, and Harrison Graham has been named in 18th man after an impressive debut last round.