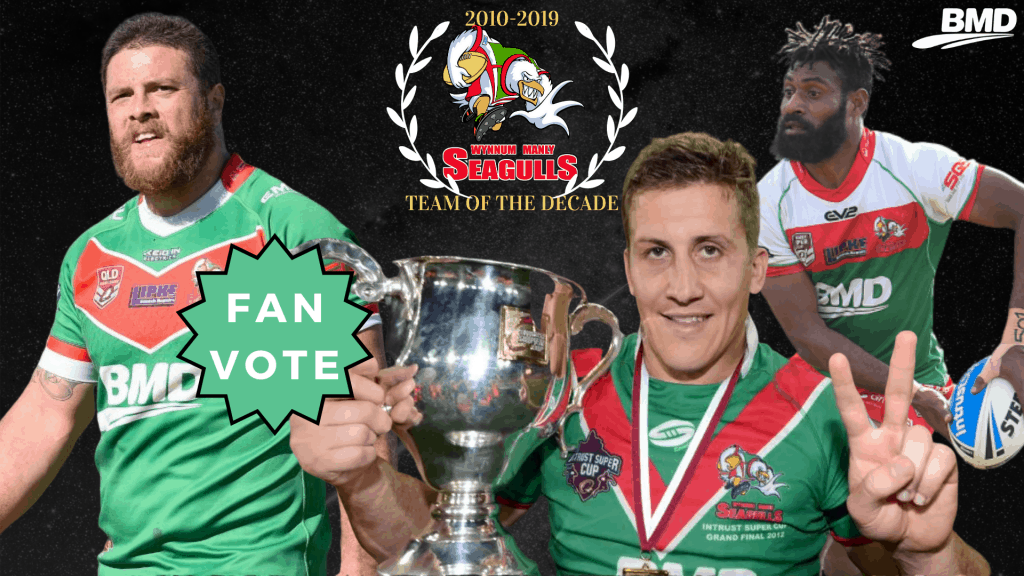 It was decade of highs and lows for the Seagulls that saw the club win back to back premierships early on, face some lean years through the middle and finish strong with a third Grand Final appearance to round out the ‘teens’ in style.

Any decade that produces two premierships has been a successful one and the Seagulls saw a number of faces new and old contribute to success of the club during this time.

As the club looks back over this period we want you, loyal Seagulls fans, to choose your Team of the Decade. Each week we will ask fans to vote on who they believe should be in each position and announce the players who will fill jerseys 1-17 in the Seagulls fan-voted ultimate team of the past 10 years.

We have club legends who featured at the start of the decade like Matt Seamark, Luke Dalziel-Don and flyers who led the team in 2019 like Edene Gebbie or even try-scoring king Daniel Ogden who dominated through the middle part of the ‘teens.’ With so much talent to fill only 17 spots, some great Seagulls players may miss out.

We start this week with the hotly contested Fullback position and we want your vote, so stay tuned to Seagulls website and social channels for how you can get involved and announcements on who is selected.

How to vote: Follow the polls placed on Seagulls website and social channels for each position. Selection should be based on a player’s contribution to the Seagulls during the time period (2010 – 2019) only and doesn’t take into account any future success elsewhere – for example, if they went on to play NRL.

Enjoy voting and Up the Gulls!