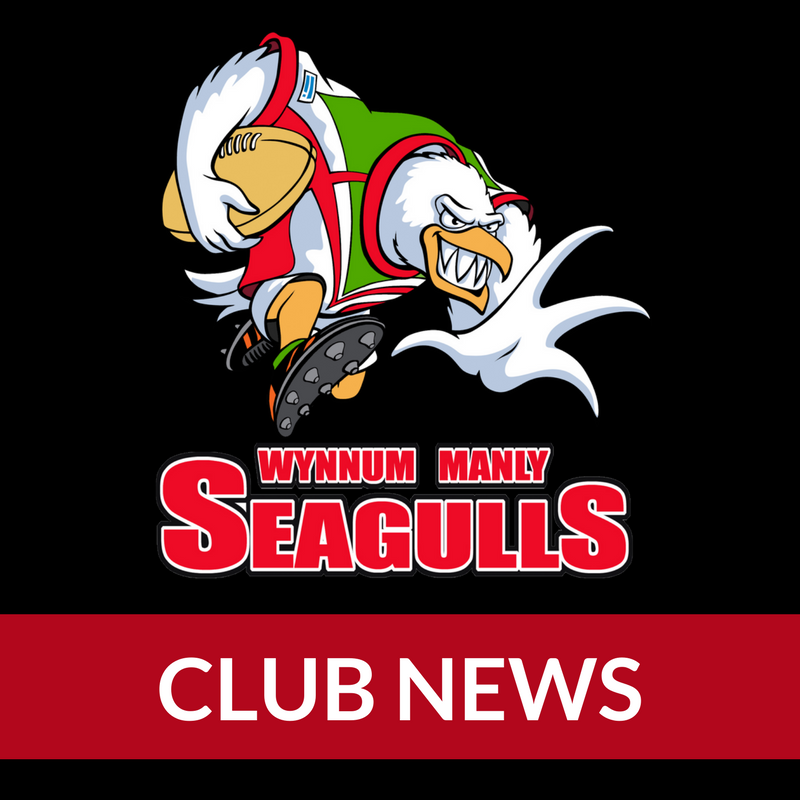 BMD Wynnum Manly Seagulls Chairman Scott Thornton has announced he is stepping down from the role.

Mr Thornton has been the club’s Chairman since 2015, having previously served as Chief Executive Officer from 2012 to 2013.

Mr Thornton is standing down for personal reasons, among them to complete the final year of his legal studies, and departs with the club in a strong position.

During his tenure, Mr Thornton has overseen a number of significant milestones for the club including the implementation of a new Strategic Plan; the approval, funding and construction of the Seagulls’ training facility (the Graham Murray Centre); and strong commercial growth to ensure the sustainability of the club.

Mr Thornton is proud of the strides that the club has made during his time and believes a bright future is ahead.

“Unfortunately my commitments away from the club have required me stand down, but there are exceptional people in all areas of leadership in the organisation and I am sure there is great success ahead for the club,” Mr Thornton said.

Wynnum Manly Seagulls Chief Executive Officer Hanan Laban said Mr Thornton should be proud of his contribution to the club.

“Scott has been involved with the club for a period of almost 20 years now and that significant time investment comes from a strong passion for the Seagulls,” Mr Laban said.

“Having an experienced administrator like Scott as Chairman has been very beneficial for the club and also for me personally when I first started as a CEO.

“I thank Scott for his great commitment to the club and wish him all the best for the future.”