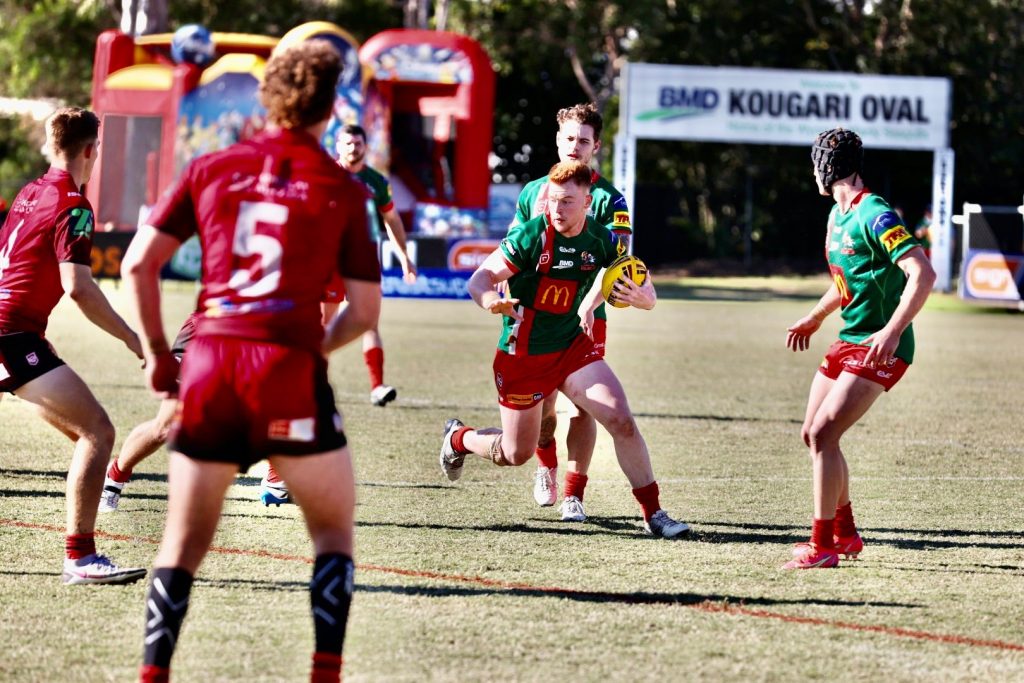 An intense Hastings Deering Colts match came down to the wire in Round 7 of the competition, with Wynnum and Mackay splitting the points in a draw. Coming away with a point keeps the Seagulls on top of the ladder, in another sign of strength for the McDonalds Seagulls Academy program.

The Gulls started strong on Sunday, scoring three first half tries to lead the Cutters 16-4 at the break. However, the visiting side came back strong in the second half and rallied to level the scores at 22-22 with five minutes to play.

Head Coach Michael Dobson was satisfied with the level of effort and intensity from his side, noting that they just failed to capitalise on enough of their scoring opportunities when it counted. “The boys defended really well, tackling at 92%, but we were held up five times and dropped the ball over the line twice”.

Jacob Sturt, the Gulls captain, took home the McDonalds Player of the Match award with an impressive performance in the front row. He scored a try in the 20th minute to help put the home team up 10-0 with momentum in hand.

Wynnum Manly were dominant in attack, but some lapses in discipline kept the visitors in the game on the afternoon. Possession was almost an even split across the 80 minutes, with the Seagulls creating 14 offloads, 5 line breaks and forcing the Cutters Colts to miss 61 tackles.

The missed try opportunities were compounded by 8 penalties and a sin-binning, allowing the away team to score while down to 12 men.

The Colts play Souths Logan Magpies at BMD Kougari Oval on Sunday at 11.45am, as a curtain raiser to the Mitch Cronin Memorial Match.