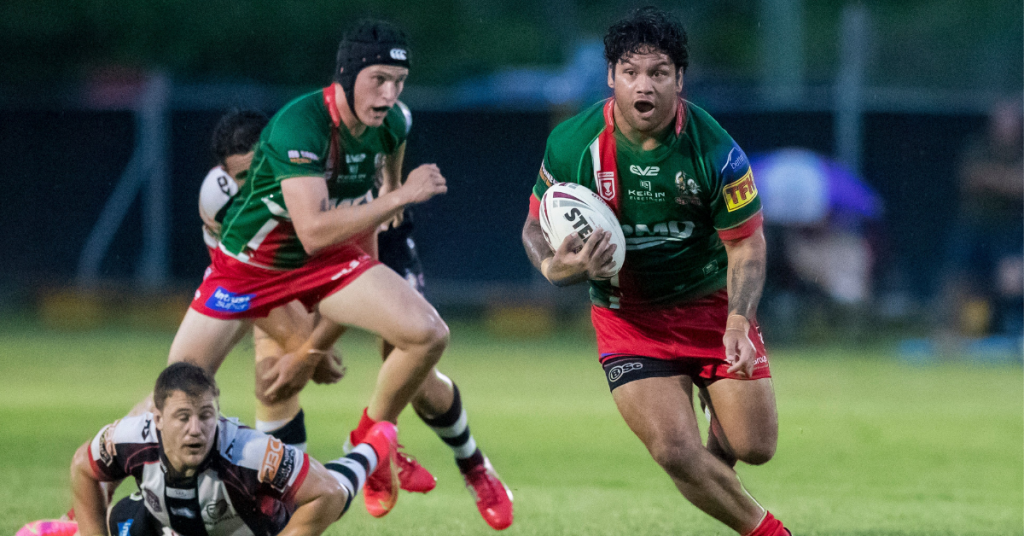 The Wynnum Manly Seagulls raced out of the gate however defensive lapses later in the match saw the Tweed Heads Seagulls finish on top 36-28 at Bill Norris Oval.

Wynnum Manly transferred the match to the home ground of their Brisbane Rugby League affiliate club Beenleigh Pride and a huge crowd turned out to watch the Intrust Super Cup trial.

In the opening 25 minutes, the crowd were treated to some entertaining attacking football, as the Baysiders scored four tries in quick succession.

Jack Campagnolo opened the account in the 6th minute with some great footwork near the line to score the first points.

The Tully product then converted his own try to make it 6-0.

5 minutes later, Matiu Love-Henry ran a strong line on the left edge and dived over from close range.

Campagnolo converted again to make it 12-0.

In the 14th minute, TC Robati made a powerful carry and then offloaded to a charging Selwyn Cobbo who put the ball under the posts.

The half did not miss the conversion in front of the posts and the score was 18-0.

At the 27th minute, some quick thinking by Tristan Hope saw Tom Farr get the ball and power his way over the line.

Campagnolo would miss the conversion out wide leaving the score at 22-0.

Despite a fast start by Wynnum, Tweed managed to secure a run of possession and hit back with three tries of their own before half time to Stuart Mason (32′), Caleb Hodges (37′) and Liam Hampson (40′).

Luke Jurd and Lindon McGrady hit three conversions and the score was 22-18 at halftime.

Tweed continued their confident run of form into the second half, with Hodges dotting over for a second in the 42nd minute.

Jurd converted and Tweed jumped in front for the first time to make it 24-22.

A deft kick by Will Parslow and great hands from Emanuel Tuimavave-Gerrard saw the centre score under the posts for Wynnum to take the lead again.

Campagnolo made no mistake with the extra points and the score was 28-24.

However it would be the last points that the Baysiders would take, as Tweed stormed home on the back of retained possession, scoring tries to Kody Parsons (62′) and Jack Mackin (69′).

McGrady landed both conversions and the match ended up 36-28.

The match was called 8 minutes from time as Tweed backrower Brandon Russell suffered a hip injury and received medical attention.