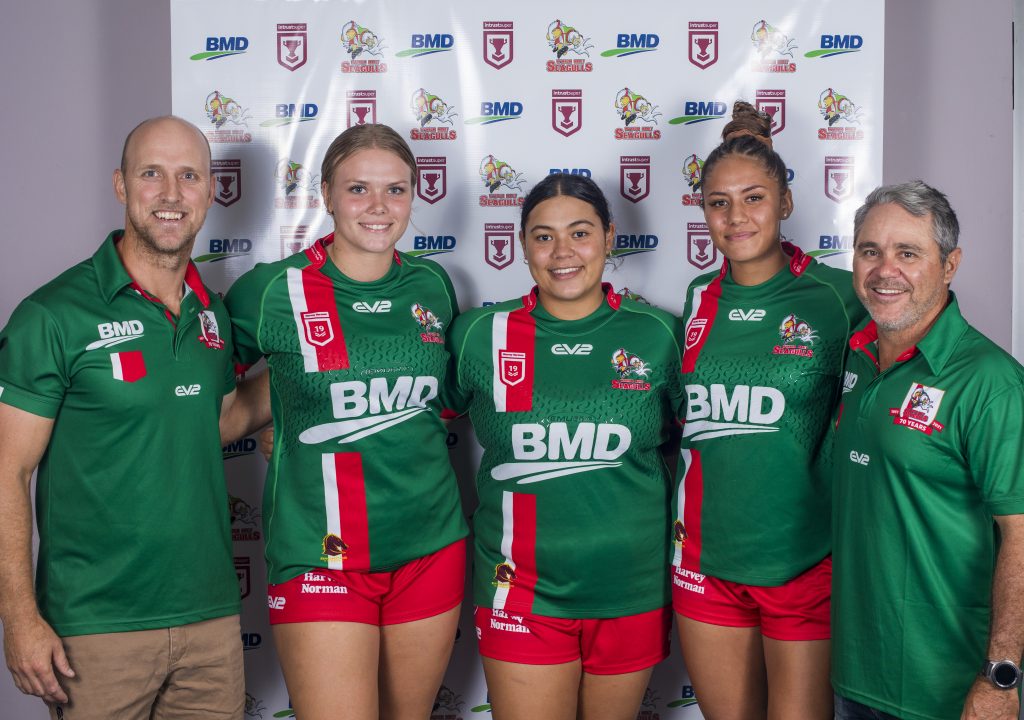 At their recent Season Launch, the Wynnum Manly Seagulls officially announced the launch of the Seagulls Women’s Program.

The exciting news comes as the Board of Directors have reset their strategic plan to include a Seagulls Women’s pathway over the next two years.

2021 will see the Seagulls enter into the Harvey Norman Women’s Under 19s Competition and in 2022, the Seagulls will join the BHP Premiership.

Troutman is excited to work with the Seagulls Women’s Program and believes 2021 is an important step towards long-term success.

“The progression that the girls have made over the past 3 months has been outstanding,” said Troutman.

“The skill level that the girls have shown through the trials will create an exciting brand of football in the up and coming round games.”

Dobson takes over from Glen Dreger, who did an enormous amount of work setting up the Harvey Norman Women’s Under 19s program from scratch before taking up a role with the Brisbane Broncos.

In addition to the new statewide teams, the Seagulls are launching Girls Academy squads from 2021 as well which will support the growth of the women’s game locally.

Fellow major partners of the Men’s Programs, Job Connect and Bartons, are also major supporters of the Seagulls Women’s Program.

Joan Pease MP is also supporting the program in its foundational year and there has been enormous interest from local businesses to the initiative.

Seagulls CEO Hanan Laban is excited that the club can offer a new pathway for aspiring female players.

“The Wynnum Manly Seagulls football club is community focussed and it is important that our programs are representative of all people in our community,” Laban said.

“We are very proud to now be able to offer a pathway not just for aspiring male athletes in our local communities, but also the aspiring female players who dream of playing in the BHP Premiership or NRLW competitions.

“The Club is putting a strong investment into our Seagulls Women’s Program and we are looking forward to growing opportunities and pathways for young female players.”