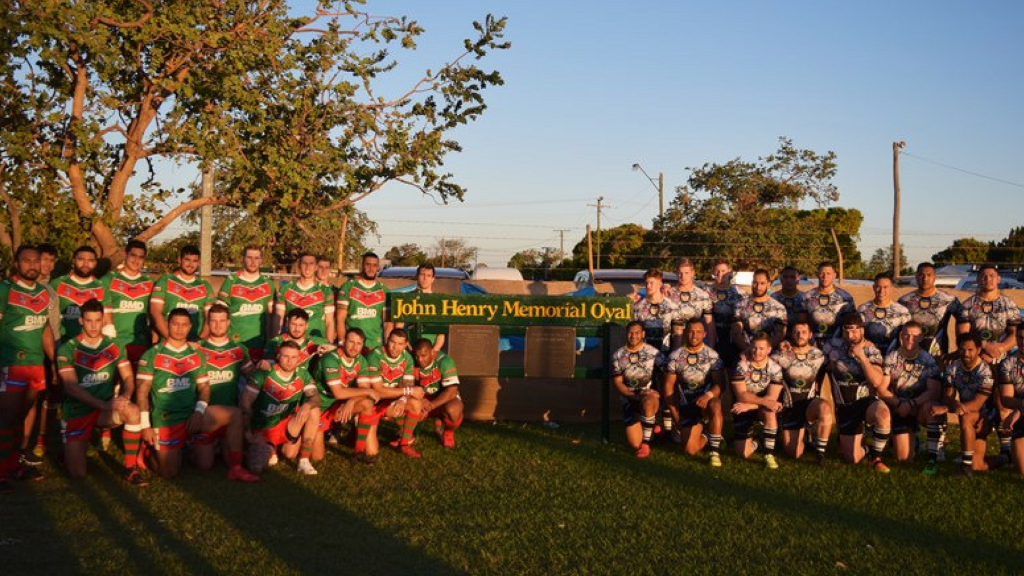 The Wynnum Manly produced an upset against the Souths Logan Magpies – starting strongly to record a 22-10 win at Normanton’s John Henry Memorial Oval.

The Seagulls were relaxed coming into this game with the pressure off them to play finals football; but Souths Logan had plenty to play for with their hold on a top six place under threat in a congested Intrust Super Cup ladder.

However, it was the Seagulls who played with more intent throughout the match and when the Magpies lifted their intensity, it was too late.

Souths had started well and after a penalty helped them closer to their line; they put on a sweeping play and moved out to their right where Benaiah Bowie was able to reach out and score. Guy Hamilton had the direction for the conversion, but not that distance and they only had a 4-0 lead.

The Seagulls were able to hit straight back when the leading try scorer in the competition’s history Daniel Odgen (pictured above) charged his way over the line after finding a gap. The play was set up after some good runs from his forwards who were able to push the ball up the middle.

Patrick Templeman was true with the conversion and the Gulls were up 6-4.

Errors then crept into the play of both teams who took turns in handing the ball over.

The Gulls though were the first side to regroup and after a concerted effort at the line; they were able to push out to their left and after displaying some impressive juggling skills; centre Ed Burns collected the ball to dot it down for another try to his side.

The Seagulls continued to pressure the Magpies; but could not get over the line again and when they were given the chance to extend their lead to 12-4 after being awarded a penalty; Templeman did so after lining up the kick. Nothing was going right for the Magpies and they also suffered an injury scare when creative half Sam Scarlett went down after making a bust – but to the relief of his team-mates he got up and was involved in the lead-up play when they thought they had narrowed the scores when Dan Russell was over out to their right; only to be denied by a forward pass.

The frustrations were showing for both sides; with the five-eighths for both teams involved in a scuffle. The Magpies got the penalty 30m out – but could not capitalise with the Gulls able to hold them out.

It was then the Magpies turn to hold out the Seagulls; after they got a scrum feed, penalty and line drop out in quick succession – but they were also unable to capitalise; seeing the scores stay at 12-4 at halftime.

The momentum continued to go the way of the Gulls in the second half, and they were the first team score in the half; with Jack Goodsell over in the right corner in the 43rd minute.

They went in again in the 67th when Templeman was able to add to his points tally; with Souths getting a consolation try in the 73rd minute when Bowie scored his double.

With other teams who were pressuring their spot also losing today; the Magpies will be hoping to regroup before next weekend’s vital match against Townsville; while Wynnum Manly will host the Capras.

Overall, it was a full day of footy at the Oval with three Battle of the Gulf finals played (including the grand final between local side Normanton and the Burketown Roosters); with children also taking part in a game of LeagueTag during the day to cap a success Country Week event in the town (more to come on QRL.com.au).