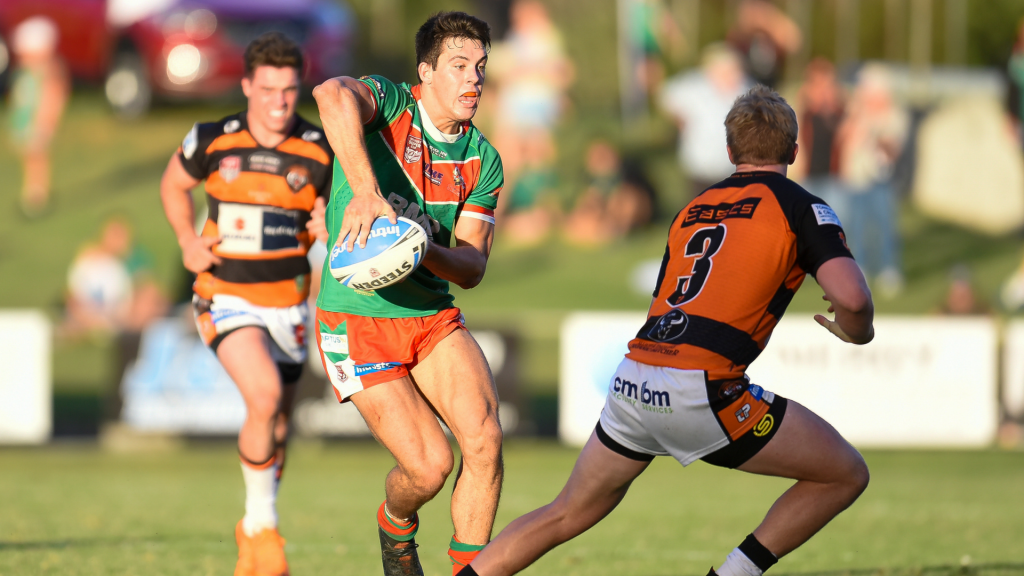 Despite his youth, Ed Burns has been a steady contributor for Wynnum Manly this season, quickly becoming a regular selection in the backline for coach Adam Brideson since making his debut on the hallowed soil of Suncorp Stadium back in Round Four.

Burns, who only turned 20 a few weeks after his debut, stepped in as the youngest player in the senior playing group, but hasn’t been daunted by the elevation into the Intrust Super Cup.

“This year’s been great,” said Burns.

“I’ve loved playing alongside the men after coming out of the Colts and Under 20’s systems and my time here in Wynnum has been my most enjoyable year of footy so far.”

Ed came into the Wynnum fold through his affiliation with the Broncos during his 2017 season in the NYC Under 20 competition. Since then, the talented back has heavily relied on those around him to help ease the transition at the next level,

“The step up to play with and against men has a been a great challenge.

“But I’ve had a lot of help from (Adam Brideson) and the coaching staff at Wynnum.”

Not a man afraid to accept help, Burns also credited his team mates for aiding his development, noting Delouise Hoeter and Alex Barr as key teachers throughout the early stages of his time at Wynnum.

“(Intrust Super Cup) is such a high standard with much greater physicality, but the boys have helped me adjust to that level and I’m working hard to improve each week.”

His Intrust Sup Cup debut has already been ear marked as his highlight for this year, but the promising young back is certainly hoping for more.

“This club has such a proud and successful history and I want to do whatever I can to continue its success.”