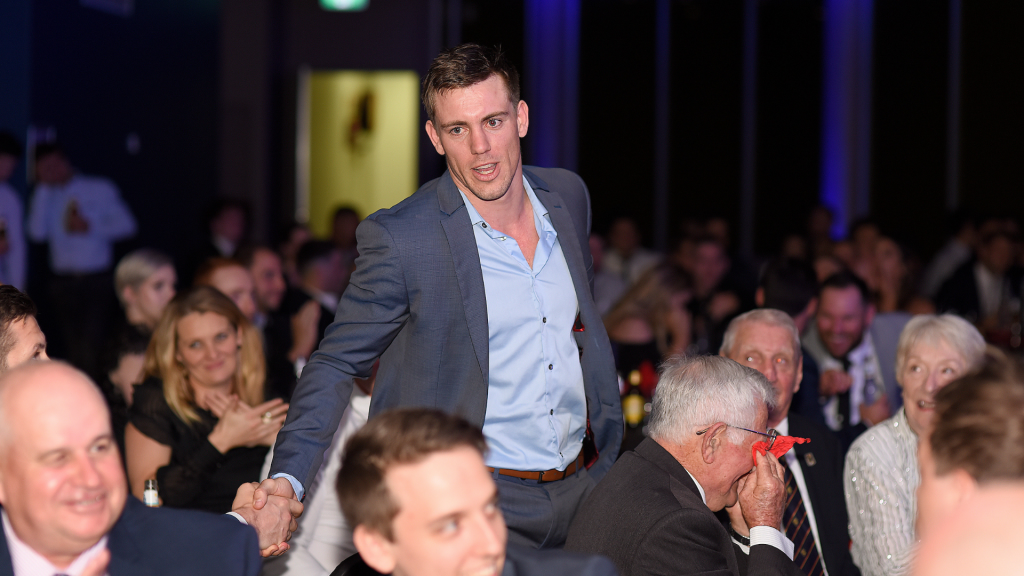 The Seagulls’ stand out performers were honoured at the 2018 Seagulls Presentation Gala which culminated in the presentation of the Wynnum Manly Leagues Club – Player of the Year award.

It was a tense affair for the leading Player of the Year nominees who were unveiled at the commencement of the evening.

Leaders Max Elliot, Delouise Hoeter, Daniel Ogden and Patrick Carrigan all lead at some stage during the final four rounds, such was the tightness in competition for 2018’s top gong.

Heading into the final round, Ogden lead the scoring by one vote over Junior Kangaroo Carrigan and mercurial centre Hoeter, who were both tied for points and biting on the retiree’s heels.

All 250 guests beckoned their anticipation in complete silence as the final scoring for the evening was announced.

The last competition round against the Townsville Blackhawks saw Pat Carrigan receive one point, whilst Ogden was awarded with the three points – making him the Wynnum Manly Seagulls Player of the Year for the second time in his career. The result capping off a scintillating final month of football for Ogden which included three man of the match performances.

Reflective of the season had, Ogden’s collection of awards also included the BMD Players’ Player and Anthony Schweitzer Supporters Award. A fitting way to close the curtain on a decorated career for the Intrust Super Cup’s most prolific try scorer.

In other awards, young-gun Ed Burns was recognised by the Wynnum Manly Old Boys for his stand out rookie season whilst front-rower Junior Pita received acknowledgement as the best ‘Junior to Senior’.

Troutman paid tribute to the dedication shown by his leadership group as well as commending the professionalism and resilience displayed by the entire squad of 45 players.

BRL A Grade Player of the Year