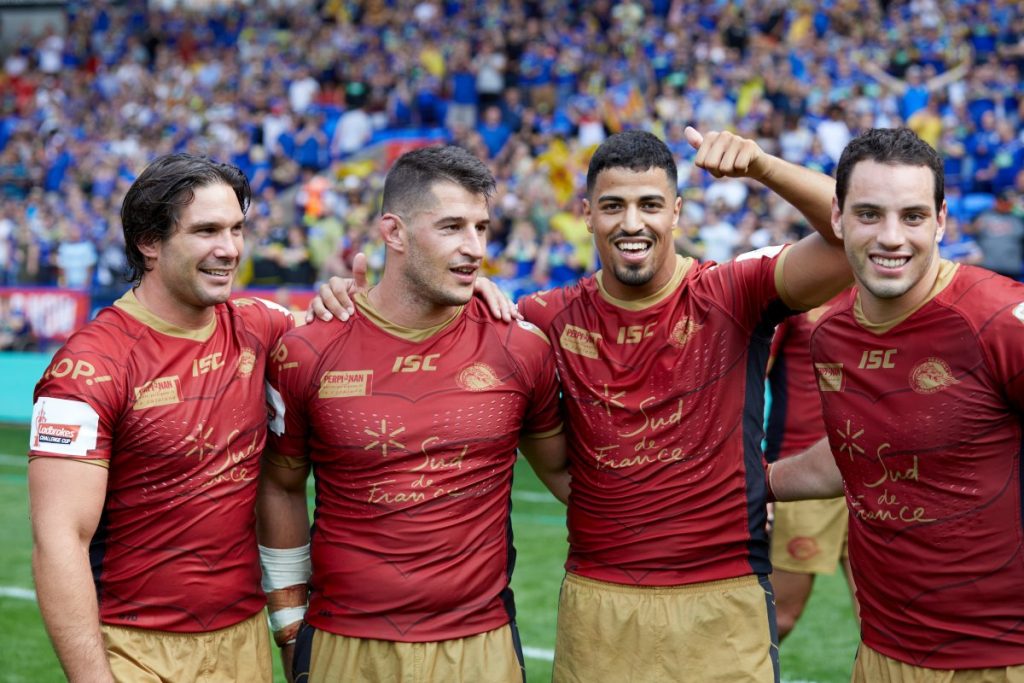 In a major shot in the arm for French rugby league, the Dragons claimed the trophy at Wembley Stadium in front of 50,000 after defeating the Warrington Wolves in a nerve-jangling final.

Wynnum Manly became a ‘home away from home’ for the Catalans’ back row pairing as both players spent time playing for the Seagulls between 2012 – 2014.

Garcia was the first of the pair to entrench himself in the Seagulls club, arriving as an 18-year-old and residing with fellow overseas arrivals, Charlie and Peter Gubb.

In a brave move, Garcia turned down offers from rugby union giants and Top 14 French club Toulon for a chance to apply his trade at the Seagulls playing under coaches Paul Green (2012 Intrust Super Cup coach) and Adam Brideson (2012 HD Colts coach).

The French international insists it had a positive effect on his development.

“My best memory is making the grand final which was played at Suncorp Stadium!”

After a stellar year in 2012 which included three Intrust Super Cup games and being awarded with ‘Colts Player of the Year’, Garcia found the radar of the Brisbane Broncos.

He would go on to play Under 20’s for the Broncos, before returning home to launch his career with the Catalan Dragons and French national side.

Garcia’s current back row partner at Catalans, Benjamin Julien also made the 17,000 km trip from Perpignan to help kick start his career.

Julien played as a Colt in 2014 before returning home to play first grade at SO Avignon, Warrington Wolves and eventually Catalans in 2018.