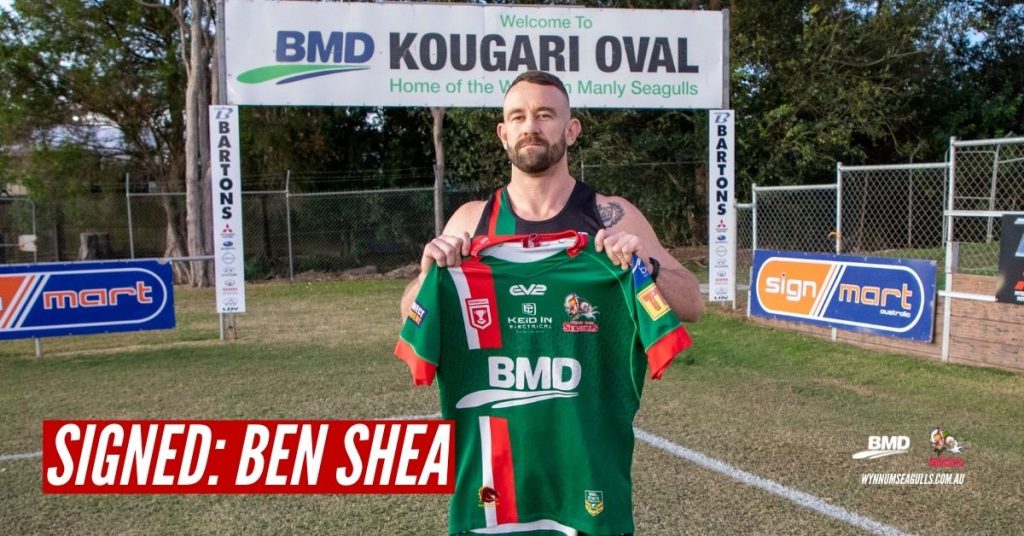 Two-time premiership winning forward Ben Shea has returned to BMD Kougari Oval for the remainder of the 2021 season.

Shea signs with the Gulls after playing a season with Albi XIII in the Elite French Rugby League competition.

The middle forward has a long association with Wynnum Manly, first signing in 2010 under then coach Paul Green and winning Intrust Super Cup titles in 2011 and 2012.

Shea played 135 games for the Seagulls, before joining the Ipswich Jets in 2018-2019 and later playing for the Redcliffe Dolphins in the pandemic shortened 2020 season.

A favourite of the Chook Pen, Shea was voted by the fans as a starting prop in the 2010’s ‘Team of the Decade’.

After a few years away, Shea is very happy to return home to the bayside.

“I had some great times at great clubs over the last few years, but the more I was away, the more I realised that deep down I will always be a Seagull,” said Shea.

“I’m extremely grateful to have the opportunity to come back and be a part of the club.

“I can’t thank Brido, H, all the staff and the boys enough for welcoming me back.