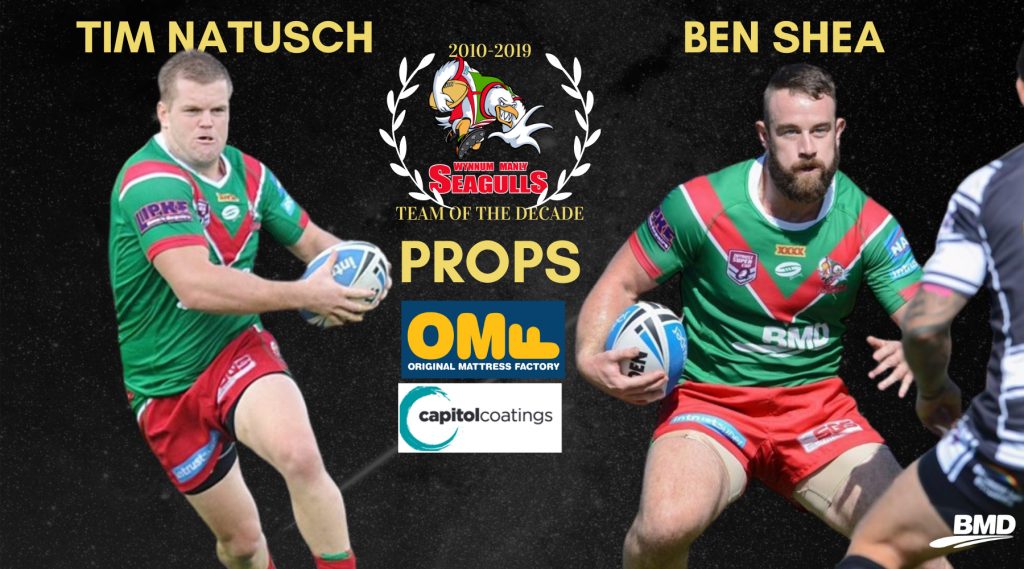 They were the two book-ends for the majority of the decade, winning two premierships and achieving multiple individual accolades – Tim Natusch and Ben Shea have been voted the two props in fans’ Team of the Decade.

Natusch and Shea played important role in building a successful culture at the Seagulls and recognition from the fans is just rewards for their hardwork.

Both players joined the club in 2010 when Paul Green was assembling his back to back premiership winning roster.

Natusch joined from the Newcastle Knights, where he had played NRL under Brian Smith and Shea from the Canterbury Bulldogs Under 20s team. Both players represented Queensland Residents during their Seagulls years.

Shea played 135 games before moving on to the Ipswich Jets and Redcliffe Dolphins.

Stay tuned for voting on the Second Row positions for the fans’ Team of the Decade this week.