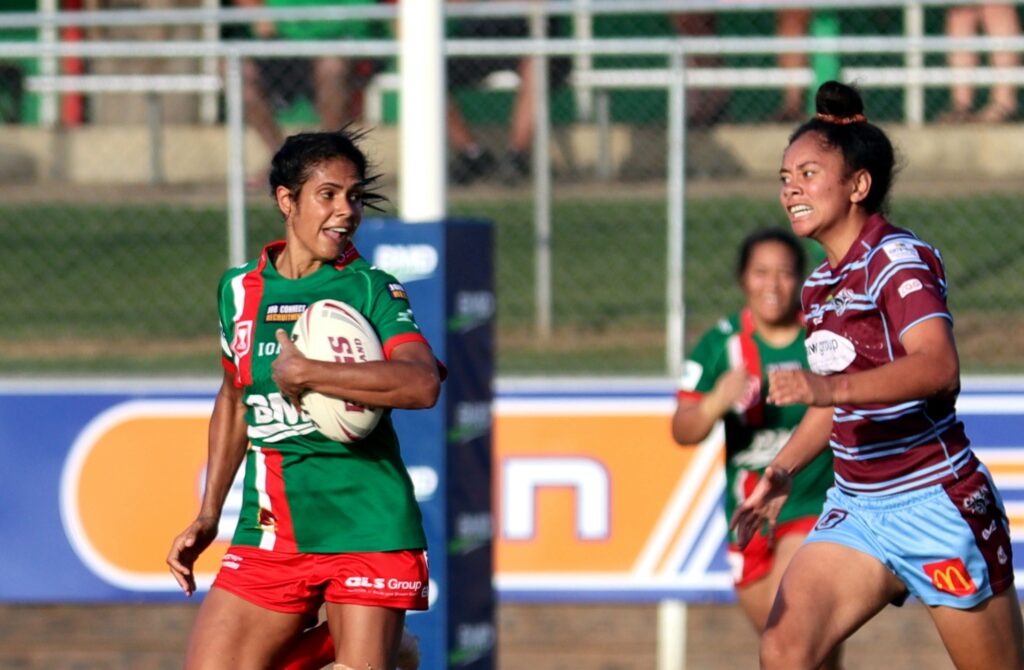 The Central Queensland Capras have held on to beat the Wynnum Manly Seagulls in a close encounter on the bayside.

The Seagulls were full of confidence after beating reigning premiers Burleigh Bears in Round 1 last week.

However, the Seagulls found it hard to break through the Capras defence early on, with both teams held up close to the line on multiple occasions.

Seagull Crystal Papalii, as she did last week, dealt out some monstrous hits on Capras ball runners to try to spark her team.

First points came to the Seagulls in the 31st minute when Tawana Togo crossed, and the Seagulls had a deserved lead.

The game continued back and forth, with multiple dropped balls ruining good set plays from both teams.

The momentum swayed towards the Capras at the start of the second half, with Ta Steere crossing under the posts in the 46th minute. The successful conversion put the Capras in front 6-4.

Jayde Herdegen had a hand in everything that Wynnum Manly produced, steering the team around confidently after being hit hard multiple times.

The next 15 minutes saw more opportunities go begging as both teams couldn’t finish their sets with enough venom to lead to points.

In the 63rd minute, Central Queensland received a penalty in front of the posts and took the two points on offer to extend their lead to 8-4.

The final seven minutes saw the Seagulls run expansive back line plays and throw short crash balls close to the line. But everything they tried could not break the Capras defensive line.

The Capras survived the last play of the game as they forced a knock-on two metres out from their own try line, while outnumbered by Seagulls players.

The game finished 8-4 in an entertaining match at BMD Kougari Oval.

Both coaches will agree, there is plenty to work on next week at training. But the Capras will make the trip back to Rockhampton with the two points and smiles all round.

Wynnum Manly will face the North Queensland Gold Stars in Round 3.