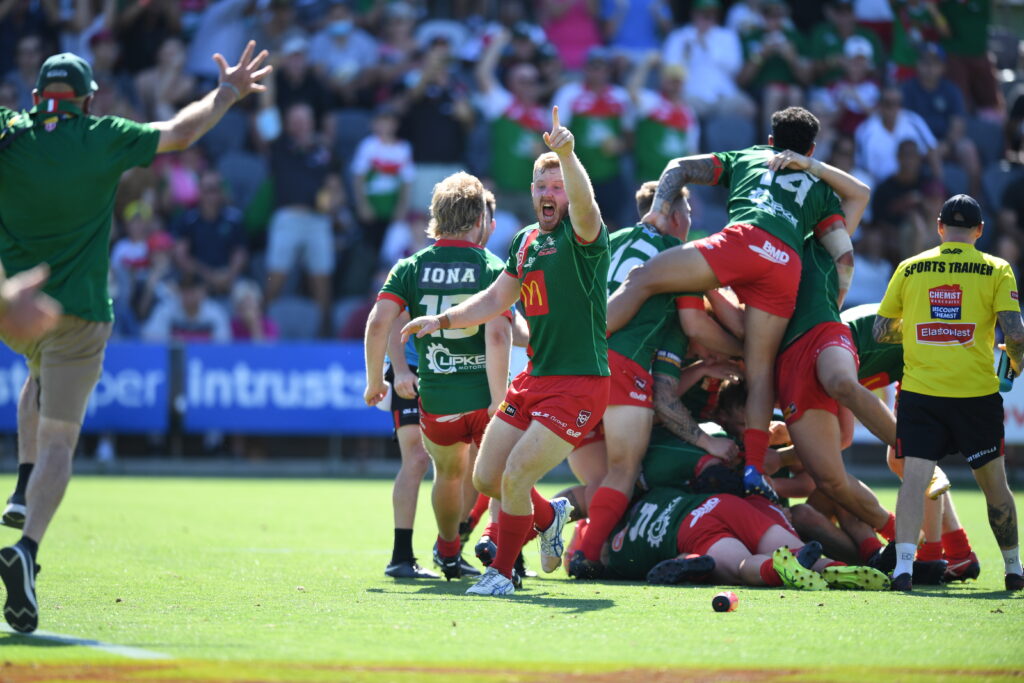 Saturday 2 April at 2pm will see a rematch of one of the best grand finals ever witnessed in the Hastings Deering Colts competition.

The Wynnum Manly Seagulls will head to Townsville to face the Blackhawks in both side’s first official match since the Seagulls triumphed with a field goal in extra time to end last season.

The epic one-point win was celebrated through the off-season by the Seagulls, but as soon as pre-season started, Head Coach Michael Dobson made sure the team was focused on 2022.

“We have a lot of players that have pushed up from Mal Meninga and we have lost players to NRL systems, so the grand final rematch isn’t really a thing,” Dobson said.

“I think what will please me most this week is if we are implementing the defence structures we have spoken about in the off-season.

“We have to worry about us, it’s hard to get a read on the other team this time of year, but we know Townsville will be strong because they always are a strong team.

“Going up there will be a hard game.”

The Blackhawks provide a dangerous opening matchup, with a new coach, Stephen Sheppard, and added motivation to go one better in 2022.

Subscribe to Qplus.tv to stream all the action while the boys play away from home.

The Seagulls will have their first match at home in Round 2 on Sunday10 April against the Redcliffe Dolphins, in a curtain-raiser to the Hostplus Cup match in XXXX Rivalry Round.