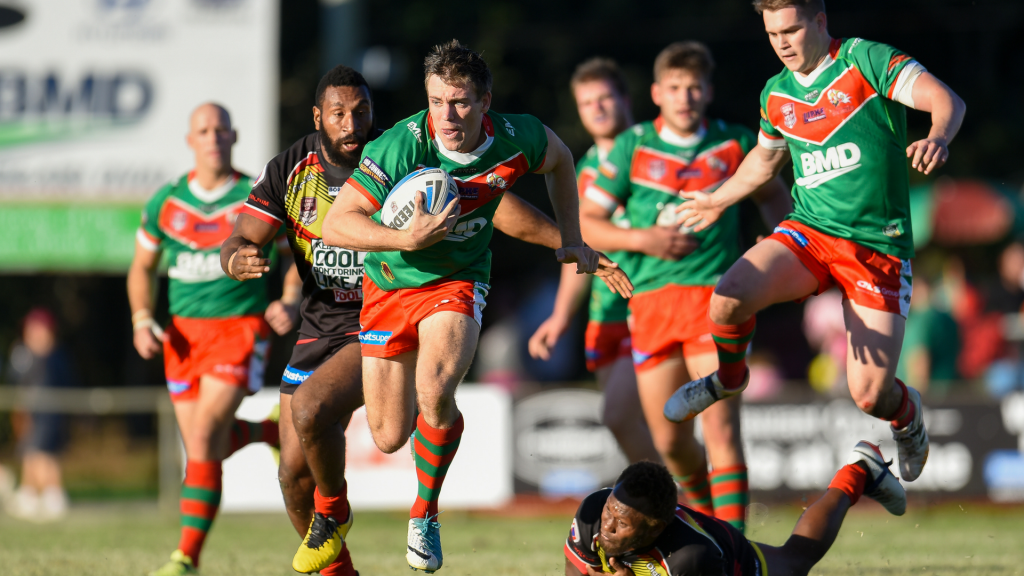 Daniel Ogden will bring an end to a decorated career this Saturday evening against the Townsville Blackhawks.

The Intrust Super Cup all-time leading try-scorer made the announcement to his team mates on Wednesday night that the 2018 season would be his last.

The high demands of the Intrust Super Cup can be difficult to manage and Ogden has decided to retire to devote more time to his young family.

“We have a second baby on the way now so I will have more time to be there for them,” he said.

“The competition is much more professional now, with a lot more travel and time commitments. It makes it difficult when you are missing so much time away from home.”

Ogden has many fantastic memories from his career and they are moments that will stay with him forever.

“Looking back I had some great times with footy. My debut (in Round 16 of 2009) was really special – I was playing outside (former Melbourne Storm star) Matt Geyer against the Redcliffe Dolphins and scored four tries in my first game.

2010 was a special year at Norths Devils as well. We had a young group of blokes who were all close mates and we went all the way to the Grand Final.

My other favourite memories came from the 2014 season at Wynnum. We finished second at the end of the regular season and I thought we had the squad to go all the way, we just got a few injuries in the semis which hurt us.”

The mercurial fullback says he will miss the mateship and competing week in week out the most.

“The mateship and camaraderie from footy can’t be compared. It is such a fun and enjoyable environment.

I just love competing and having to get up for a game each and every week.”

Saturday afternoon will be Ogden’s 102nd game in the Red and Green and he will never forget running out at BMD Kougari Oval.

“The club is such a special place with the fans and support we receive. You don’t get that with any other club and is why Wynnum is so respected.

I have made lifelong mates at Wynnum and loved my time here.”

Come to BMD Kougari Oval this Saturday afternoon to watch Daniel Ogden’s final game and Peter Gubb’s 150th match against the Townsville Blackhawks. Kick off is 5pm and there will be a FREE Peter Gubb and Daniel Ogden face mask at the front gate to show your support.