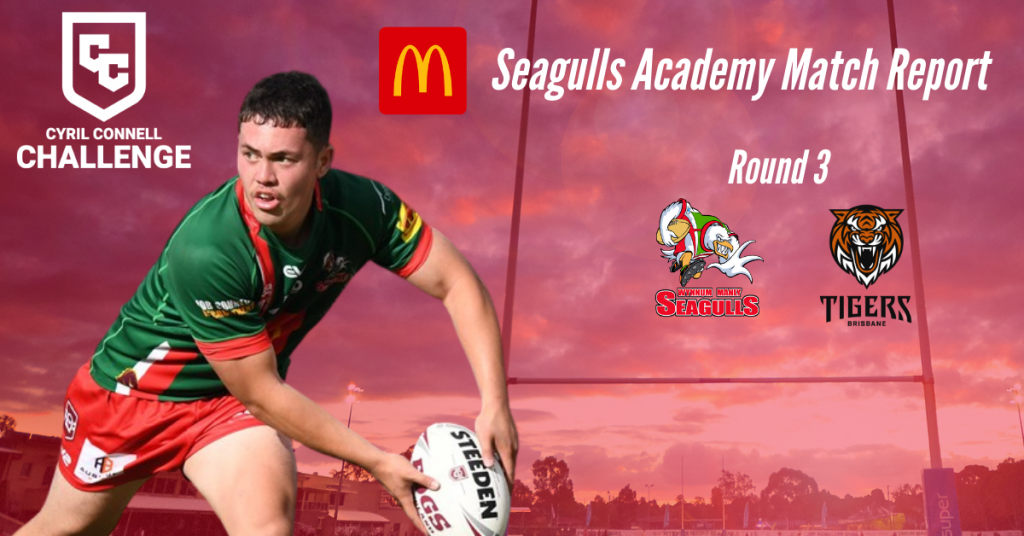 The Tigers were too strong for Wynnum at Totally Workwear Stadium in  Round 3 of the U16’s Cyril Connell Challenge.

Tigers player Marley Rudolph secured an early try in the 3rd minute followed by a successful conversion by Maddox Maclean put them in front 0-6.

Luke Anderson made a line break to get a try in the 20th minute. Unsuccessful conversion left the score at 6-8.

Tigers players scored in the 33rd minute by Marley Ruldof with a missed conversion to follow. Score was 8-10.

The next two tries for the Tiger players Gary Herlihy (38’) and Oliver Frazer (41’) after dropped balls from the Seagulls.

Conversion was successful by Maddox Mclean in the 42nd minute bringing the score to 8-20.

Maika POESE (47’) scored after another dropped ball error from the Seagulls. Conversion was unsuccessful. Score was 8-24

Seagull player Zane FORD (57′) was reward for the effort put in all match securing a try for the Seagulls.

Conversion was successful from Cooper HERSOM. Final score was 14-24.